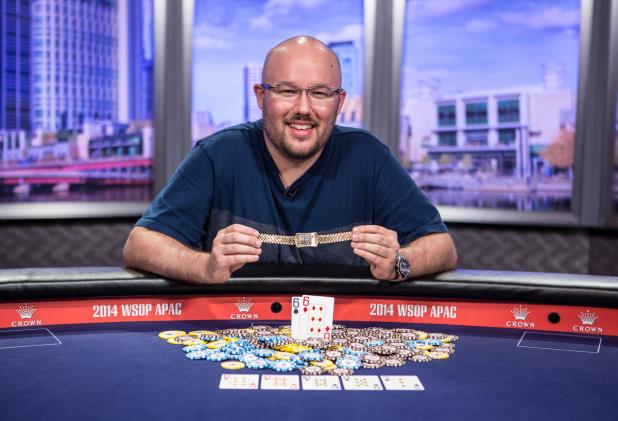 Inspired by Chris Moneymaker’s success the American Scott Davies promised himself to take the same position. And he managed to do this! And the Canadian, the famous 40-year old professional player Mike Lee, showed a top class performance and rightly got his first bracelet.

In the first series we told you about eight events that had been before the main event and the High Roller: about George Danzer’s this year third bracelet, about the homeland success of Jeff Lisandro, a poker old stager, and many other things.

“Oh my god, this is amazing!” said Davies amid the euphoria of victory. “This is the Super Bowl to me. It’s all I’ve ever wanted.”“When I decided I was going to play poker for a living, I remember watching Chris Moneymaker winning the main event. I just thought one day I might get a chance to do that.”

”The bracelet means everything to me. I mean, I’d be lying if the $850,000 isn’t huge, but I decided I wasn’t coming into this final table looking to ladder up the pay jumps” – added WSOP APAC Main Event 2014 Champion.

Prior to today, Davies lifetime tournament winnings were just $400,000, that was not very impressive result (if to take into account buy-ins). However during the latest World Series in Las Vegas the American was among the winners for six times, including the 4th place in $10,000 No-limit Hold’em Hands up.

First to fall from the final table was the short-stacked fan favourite, Ang Italiano. Italiano resembled a cute kind old lady who had just been preparing breakfast with sweet pancakes.

Moreover the Australian made a good job by winning the satellite for $130 only! The investment occurred to be extra profitable.

Quite a sad final had the American old stager Frank Kassela, the most famous player at the table. He ran into aces twice. First he lost a massive pot, then, the very next hand, he left the tournament.

In Hands up Davies had to play against the dangerous Englishman Jack Salter, who was the second in Monte-Carlo EPT Grand Final this summer. It took less than two hour for the tournament champion to be born.

“I’m afraid that it’s just a dream and I’ll wake up in Vancouver (Comment: Davies lives in Canada). That’s incredible. It’s the best day of my life”, – said the American.

There is life in the old dog yet…

Modern poker is considered to be the territory of the young and ambitious. And it’s hard for the older to follow them. But the exceptions happen. 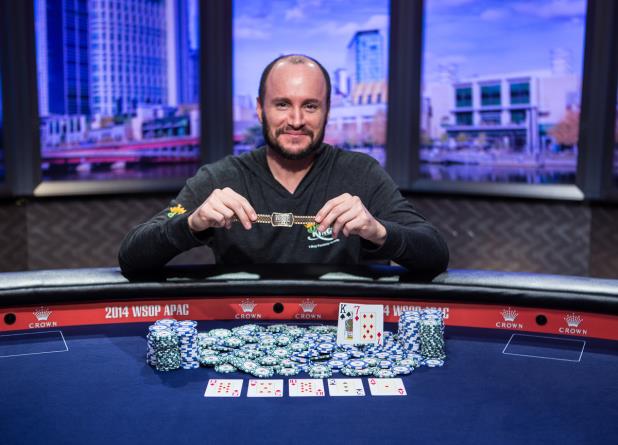 Leah had a single word to describe how he was feeling after the win:

“I’m obviously very happy. I don’t know if it has sunk in yet. I’ve been trying to accomplish this goal for so long. There is just relief that I’ve finally done it”, -  said the Canadian regular player.

On the World Series Leah was the third, the fifth and two times the seventh, but he had never played in Hands up and all the more hadn’t won, though his prize went beyond $3 million long ago.

The opportunity that the Canadian had was absolutely the most generous: he had more than 50% of all the chips in his stack! Neither SuperNova Elite David Yan, nor Jonathan Duhamel, ex-champion of WSOP Main Event, nor Jesse Sylvia, the participant of November nine – no one could stop the man who was steady in his purpose.

“I hope the second one isn’t as hard to get as the first one”, - added Mike.