WSOPC Tbilisi: a tale of 20% taxes The first stage of WSOP Circuit in Georgia with guaranteed prize pool of $700,000 scheduled to the beginning of March could have become a disaster or a tournament with gigantic overlays at least. Turned out that all the tournament winnings will be paid without 20% of income tax!..

First info about this enormous tax came from Adjarabet representative in the evening of January, 29th:

“The situation with taxes is the following – 20% of income tax will be taken from those prize money owners during the payout”.

“It is required by Georgia law. We don’t take commission on this prize fund, like 3% to the stuff or anything else”

A real tropic storm started momentarily. Players were threatening with their fists and were telling they have given the tickets back or going to do that; they were telling all the reservations were cancelled and this entire situation looks like racketeering and stealing from them in the middle of the day.

“The issue isn’t in the tax itself… It’s all about you being silent about it putting players in a bad position. Or is it just yesterday when the law was changed? Thanks for telling in six weeks from the beginning of the topic, you could have done it 2.5 months from the beginning – a couple of hours before the tournaments beginning”.

This is a fair and understandable reaction. There is a traditional 10% rake in the tournaments, but with additional 20%... it is something outrageous.

Those who played these tournaments at MPN Poker Tour in Tbilisi last May and at the stage of World Poker Tour National (in the beginning of the summer) told that were no news of income taxes there. People in CIS aren’t used to pay these taxes on winnings. 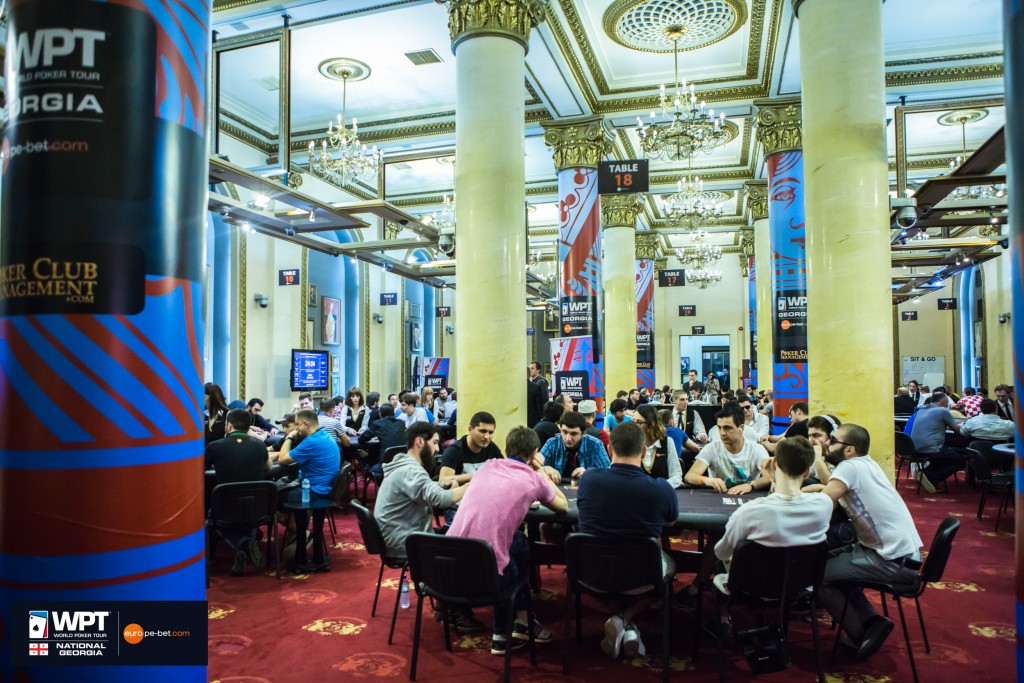 “I play in Tbilisi for over five years, have been ITM several times, in Adjara Casino and Adjarabet Poker, Europa Bet… never heard of 20%...”

“I wouldn’t like to split hairs about latest WPT Georgia, however club where the event took place was closed the next day after the final table. Any player from Tbilisi can confirm that.”

It holds some truth, but the reason of the club being closed – according to locals is because of the lack of profit: everyone knew there were tons of team players (some of them were on WPT) and profit of the facility was greatly reduced.

Tried to fool us?

There were tons of all the possible suspicions typical for poker players. They try to fool us, sending players to Vegas for our money!

There also were questions about income tax in Russia that cannot be more than 13%:

“According to law, one can’t take more than 13% from the citizen of Russia, even if you wish that desperately”.

By the end of the next day, the situation has cleared:

“...the administration of the tournament was informed about the taxes just this week, and our surprise wasn’t smaller than yours. They realize this is going to frighten many visitors of the series and will be happy to tell us if the situation changes and no taxes should be paid. There is a probability, but no official statements – let’s wait for after the weekend”. “Georgian law makes Adjarabet hold 20% of the prize fund of WSOP Circuit Georgia series. But because of series of troubles that might cause to the players Adjarabet took players’ side and made a decision to pay the money – these 20%. The players will receive money without commissions”.

Administration weren’t aware about those sums paid to the state. They were waiting for the storm or the cancellation of the stage. There was just one way out – to take additional expenses. And these expenses are quite big, we must say.