Airless smoky rooms with hanging lights over the tables, sloppily dressed dealers, rustling of the rain outside the window and swearing opponents – dismiss me please, poker has long grown out of that cliché, becoming the worldwide popular  game. You can play poker on the beaches of Aruba and Costa Rica, as well as in such distant places as Krugersdorp, South Africa.

The biggest migration of poker players occurred in 2011. And by the way we are not talking about live regulars. When online poker in the United States suddenly became taboo, and potential income was still huge, many players began to look for a new shelter.

Someone chose the most obvious path – Canada it is a prosperous country with a calm life. But others have decided to up the ante a bit and went south, where the eternal breeze and you constantly hide your eyes from the blinding sun.

This is how the entire poker communities appeared in exotic locations. For example in Mexico in small town called Playa del Carmen. Life in paradise: you daily dissect the waves on a private yacht, and in the evening you play poker on a laptop right from the beach.

By the way there are a lot of places to play poker, not virtual. In particular, there is an exotic  play in the city of Tlalnepantla de Baz , where a small club Casino Carnevale Poker is situated. Another popular destination for online players – is Costa Rica, the "Switzerland of Central America". There is an entire poker commune in a place called Jaco (Haco) similar in number of players  to Mexican  Playa del Carmen. These professionals are certainly attracted by the magnificent weather.

There are poker clubs in Costa Rico hic can be certainly called exotic. One of then is not too far from San Jose and it is called Poker Grand Casino. Poker in heaven or at the World’s edge

We go further. We have another unique place as out next - Aruba, the island and the state of the same name in the Caribbean with a population of over 100,000 people. Imagine, there are also  poker rooms there. The best of them is located in the Excelsior Casino, where  5-6 tables with different types of poker are gathered every day: Texas Hold'em NL (stakes at $2-$4 and $50-$100), Pot-Limit Omaha, Limit Hold'em, and others). 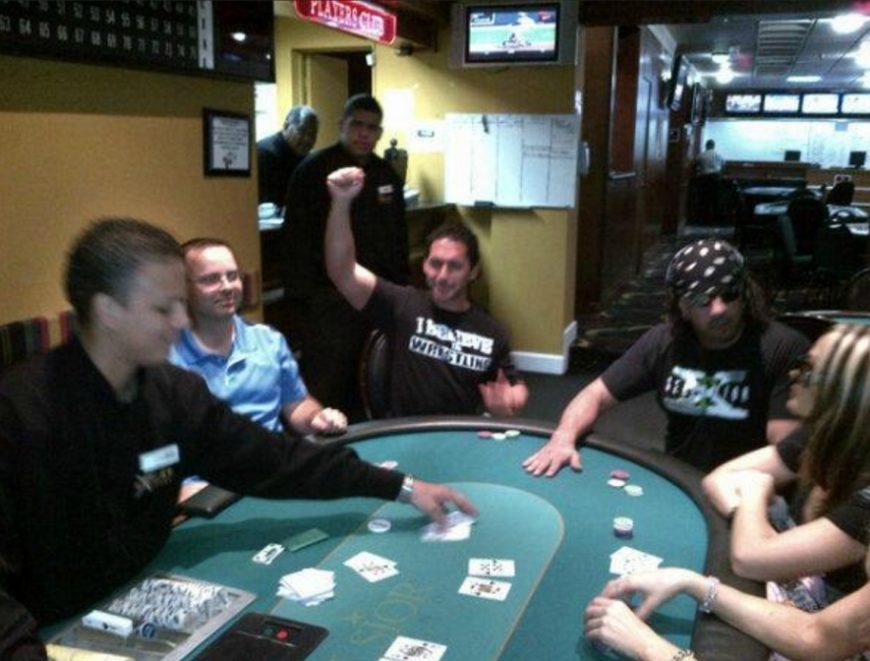 There is even a more remarkable place in the Caribbean - St. Maarten Island. It is not very big, but ruled by two countries simultaneously – by France and Netherlands.

There is also poker there! And for a quite long time. For example, the biggest casino of the island - Casino Royale - has TK Poker Tour (TKPT) tournament (and now series) for many years under the control of the Austrian tournament director Thomas Kremser. It is a place to visit for players from Europe and the USA as well, by the way. Then there is South Africa where people also love poker. The biggest number  of poker rooms is  located in the Johannesburg, the largest city in the country, or in its suburbs. Let’s take Silverstar Casino, for instance. It is located in the town of Krugersdorp. This is a fairly large, respectable building, full-scale with a casino poker room.

Probably the most famous in tropical stop in the poker world is the PCA Atlantis Resort, Bahamas. In normal times, more attention is paid to the traditional table card games here, and in January of each year the best representatives of the poker world come here to compete for millions of dollars.

That is, probably, about it, but it’s not all the exotic geography of poker. We’ve barely touched Africa, where one could find a lot of rooms; let some of them be barely legal.

All poker clubs in Caribbean

All poker clubs in South Africa