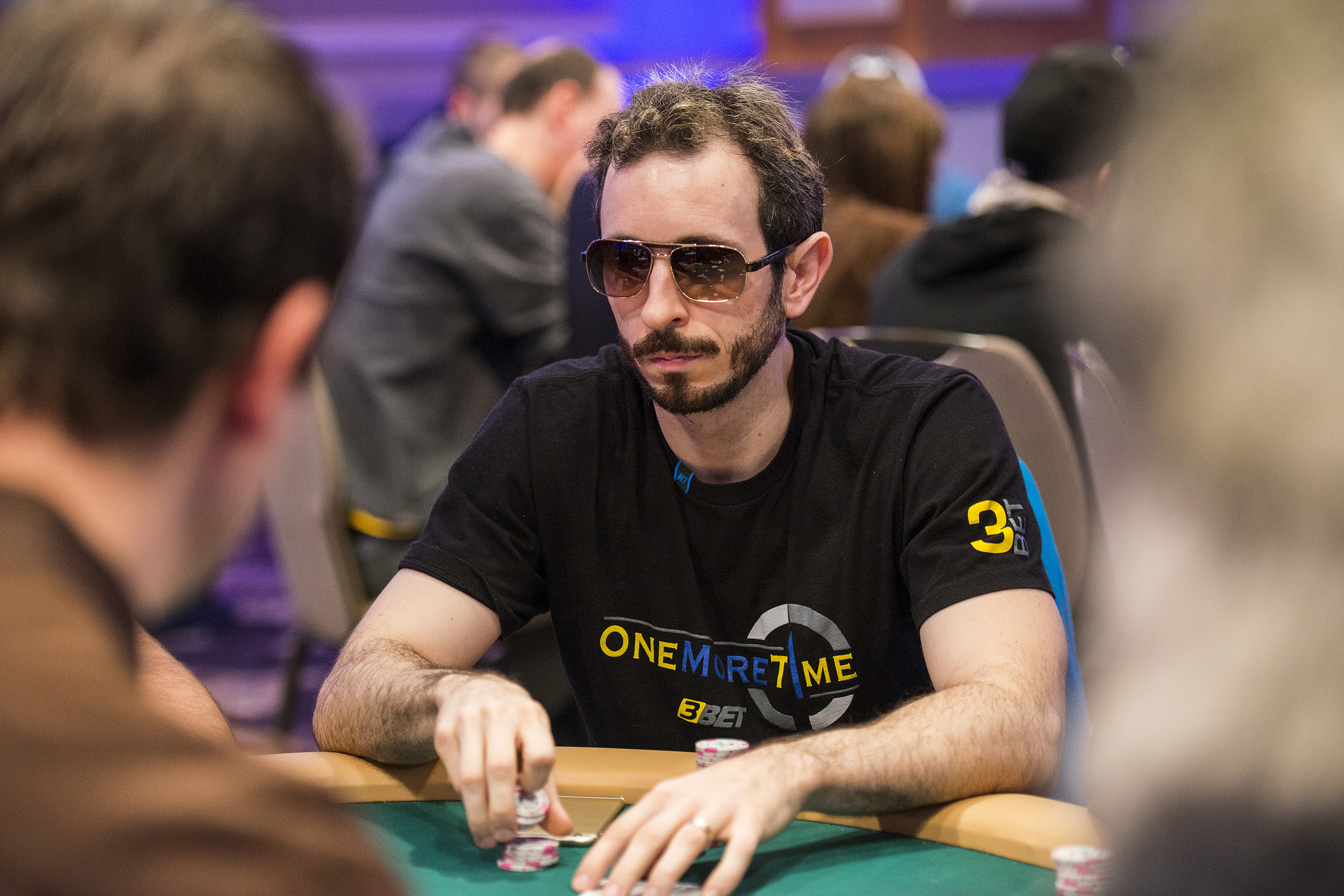 Mass media doesn’t speak a lot about poker, and the most of the materials are one-sided. Recently published Motherboard (VICE) article isn’t flawless and describes the world of online backing. Turns out, buy-ins for $111,111 One Drop are governed in merely hours and some famous regulars use crowd funding web sites for quite some time.

We’ve read the article, highlighted the most interesting part and deleted the ads and the hidden ads, also added something from ourselves.

Here is something more. Couple of months ago we’ve published an article “Fundamental problems of offline backing”, where Andrew Berber criticizes backing in general, explains why is it relevant and interesting to many people, also describes its major disadvantages.

Barber, by the way, was one of the people interviewed by the writers of Motherboard.

Brian Rast won one of the biggest tournaments of the year – WSOP $50,000 Poker Players Championship – and earned $1.2 million. Looks like the player of such caliber should have tens of thousands dollars in his hands but Rust hedges himself in those expensive events.

The American collected money at one of the biggest backing web sites. Ordinary people invest small sums of money to feel themselves parts of a huge poker world.

“My best investment of this summer”, says Nate Meyvis, a software developer and former semi-pro poker player from Boston. He invested $60 and received $1,200 of Rast’s winnings.

As clear as a day, Meyvis has never met Rast. They both used StakeKings, which is, alongside with YouStake – one of the leaders of these industry. 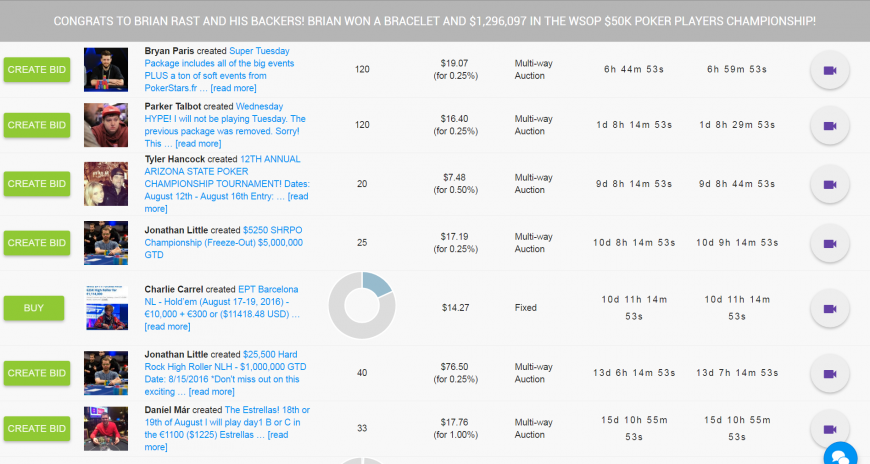 This kind of resources existed before; it is not something new, but the tournaments of level of $50,000 Poker Players Championship or even $111,111 One Drop ранее weren’t in the lists of backed tournaments. Such star pros as Charlie Carrel, Jonathan Little, Allen Kessler, Joshua Beckley use the service of backing web sites. Most of the people don’t know a thing about these services. Many think that the players buy in for their own money, or use the funds of backers.

“World Series of Poker is a good time to invest. It is like buy of stocks and options,” says Andrew Barber, experienced cash player, WSOP $10,000 H.O.R.S.E. winner. – Huge sums of money are collected at a single text message, that is impressive”.

Barber himself also uses backers service, some of those backers don’t have a rela financial interest. For example, when Andrew won $10,000 H.O.R.S.E. and got about half a million of dollars, 25% of the sum were invested by his old friend.

“I handed him two $50,000 bricks of cash. It was a really touching moment. He supported me for years.”

It is not very smooth. Big money sent on a single click in the unprotected environment is a space for fraudsters, and emergence of random and not so random accidents.

The most public was about $111,111 One Drop, charity high roller event at WSOP. A person collected a buy-in at one of the crowd funding web sites… and immediately lost it in casino! The player was going to participate in the tournament, but the gambler in him took over. 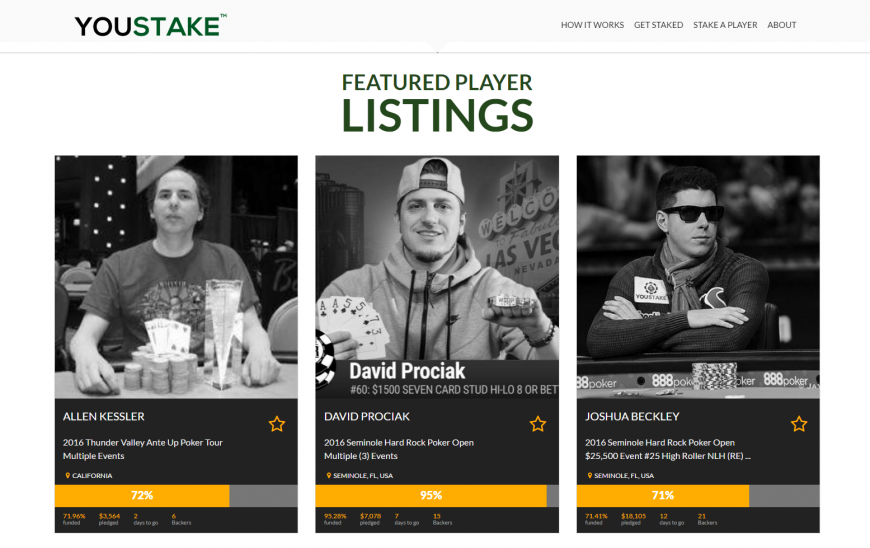 StakeKings and YouStake have protection system. Those resources are middle men and guarantors of honest deals. If the player is understaked, the money’s returned to the playes. If the player doesn’t fulfill what he claimed he would, investors get their money back as well.

It is like that now. You can’t foresee all the nuances of the future.

The major issue is the absence of realizing what the distance is. A good player will be profitable for investments for quite some time. Sometimes it means years.

“It’s feast or famine, one of two things” Barber explains. “It’s not like you are going to win big on a short distance. You’re going to have a bunch of losses punctuated by massive wins.”

Money is not the most important thing in the world. People pay for coming closer of diving into the sphere which is interesting to them. Here is what Limon says (one of the famous regulars of Commerce Casino in Los Angeles):

“Poker is a super social game. People who are interested in the want to have a social experience Lead by those dreams they don’t have a good thinking about in and make irrational investments. This creates an opportunity for different scam artists”.

It is connected with USA poker prohibition in almost all the states of the USA.

“I want to feel myself as a part of the poker world,” says an engineer from Atlanta. Georgia has one of the strictest laws about gambling and online backing gives gamblers some breathing space.