Rise of the Machines, or Why Is It Better to Play Alive Machine Tartanian 7 is said to be the best poker robot. In fact, the robot which operation is based on Nash equilibrium in heads-up gambling is unwinnable. And it will be soon when its analogues will appear in the network.

In the famous Hollywood masterpiece Terminator the story was about Skynet artificial intelligence that would trigger off the nuclear war, and human race would become an endangered breed.

Thanks God that scriptwriters’ idea is far from turning it into reality, though local analogues already exist.

The poker robot Tartanian7 was said to be the winner in No-Limit Holdem category on the recent ‘championship’. The robot came out to be by head and shoulders above the others. According to developers, it is most probably that no one of existing poker players is able to win this artificial intelligence.

The robot created by Tuomas Sandholm on the fringes of American Carnegie Mellon University won in two games of the two. In the first case all the players (robots) played against each other in hands-ups – the winner was the one that had gathered the most amount of bucks. This test checked the ability to play against weak villains.

In the second case the robots were to play the elimination game: a minus-sum robot was eliminated from the game until the one left – the winner. The ability to take a stand against strong villains was tested here.

Tartanian7 won in both cases. As Sandhholm has explained, his brainchild works according to Nash equilibrium principle when one player’s change of strategy (when his villains’ strategies leave unchanged) results in his prize decline. Thus, playing according to Nash principle the robot always operates in the optimal way.

It is impossible to ‘solve’ the game on Nash in No-Limit Holdem – there are too much possible actions. Sandholm with his colleagues used only the ‘approximation’ on the basis of this theory.

Tartanian7 doesn’t play in the manner, as do people play. He thinks with mathematics, figures. When people are taught to play poker by other people, the robot gains information from how the game should be played in actual practice, from optimal strategy. 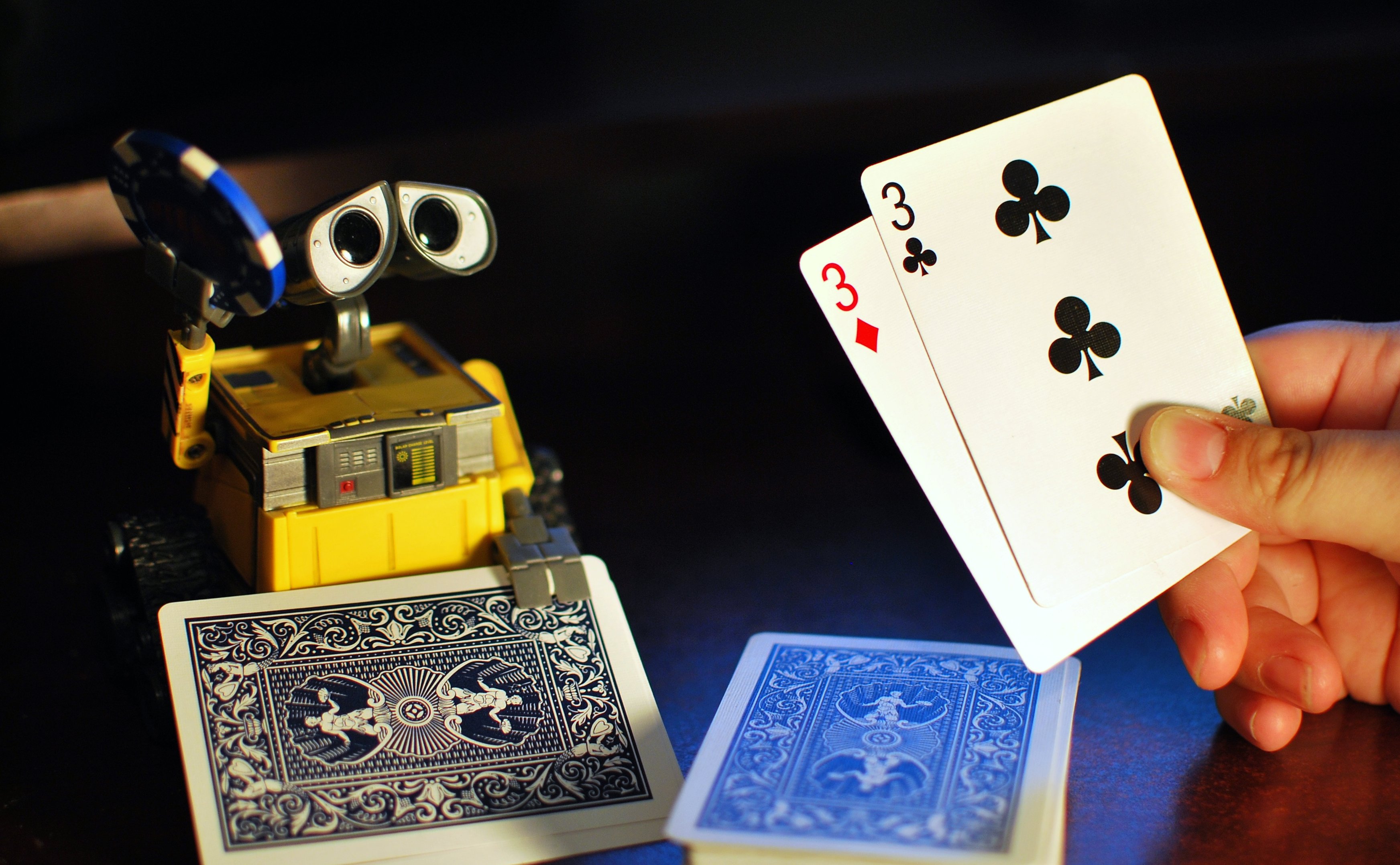 It always uses different stakes, and very high. It knows that doing so it gives no additional information – everything is calculated.

Theoretically there are no existing strategies that will work against this monster. It is hard to overcome even Nash equilibrium approximation, especially on the segment of 10 000 hands and more – i.e. on the minimum distance for success strategy determination.

There will be no John Connor, who will come and save us. We are dead in the water. Sooner or later poker machines will become the best teachers and the worst villains. Resources that give the access to play with the most progressive robots are going to be the commonness. It will be the only way to prepare regulars.

And what should we do? Well, there are no poker robots in offline, in old faithful poker clubs and casinos. Here the most terrible robot is a slot machine in hand to hand game, and even then in Limit Holdem.

The original poker spirit can develop only in such conditions where emotions and pleasure of being in the pleasant company is number one. And according to the latest event it is offline where we will have to earn money.