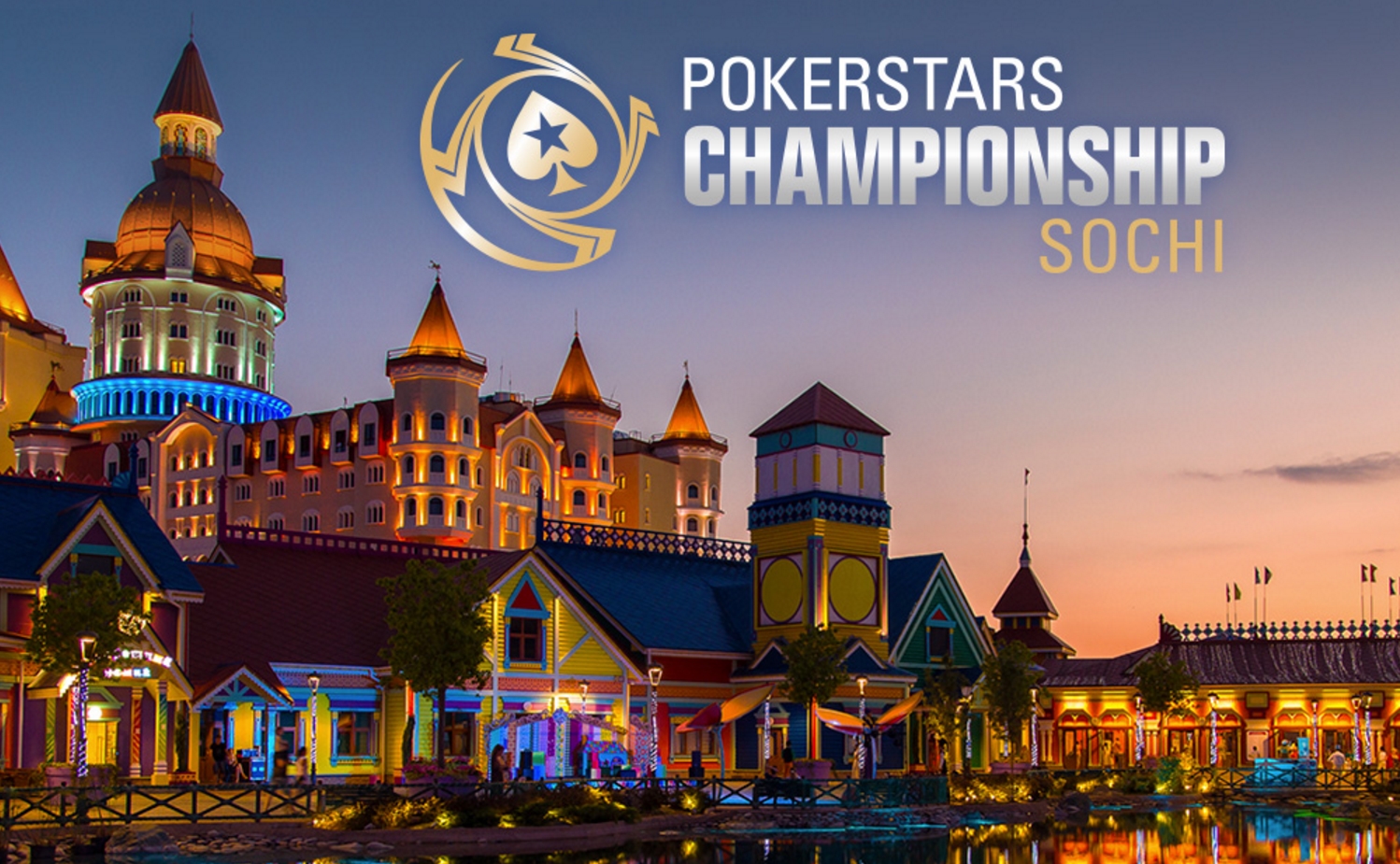 Poker gods have heard our prayers and sent us gift of PokerStars Championship Sochi! We’ve barely had time to enjoy new records of EAPT nor discussed enough an upcoming tournaments with million dollars guaranteed prize fund (held in Sochi) before getting an official information from PokerStars: in May, Russia will hold the most expensive series in history!

That is not an exaggeration!

We really believed, bought a bunch of votive candles and realized that Sochi has to explode the poker market of CIS. We believed but were afraid to jinx it. We’re not afraid anymore as it has already happened!

Recently PokerStars Pro teams was joined by the Russian highroller Igor Kurganov. We haven’t fully realized this step back then and now got the puzzle in pieces! 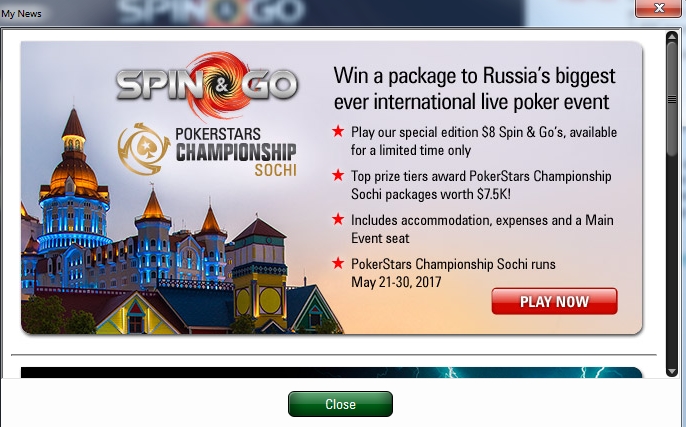 Dates: May, 20 – 31, after all the major holidays in May (International Workers' Day, Victory Day) but right in time of the vacation of many. The place of residence is still “Sochi Casino", Krasnaya Polyana, Gorky-Gorod.

Live Boeree, Bertran “Elky” Grospellier, Chris Moneymaker and Igor Kurganov announced their arrival to Sochi. They are certainly not the only guests at the historical event!

There are plenty of satellites. All of them take place at PokerStars of course. Look for the tab “Tournaments” then filter by type – "Satellite". Then put “Sochi” into the search tab and you will get the list of relevant Satellites, like this: 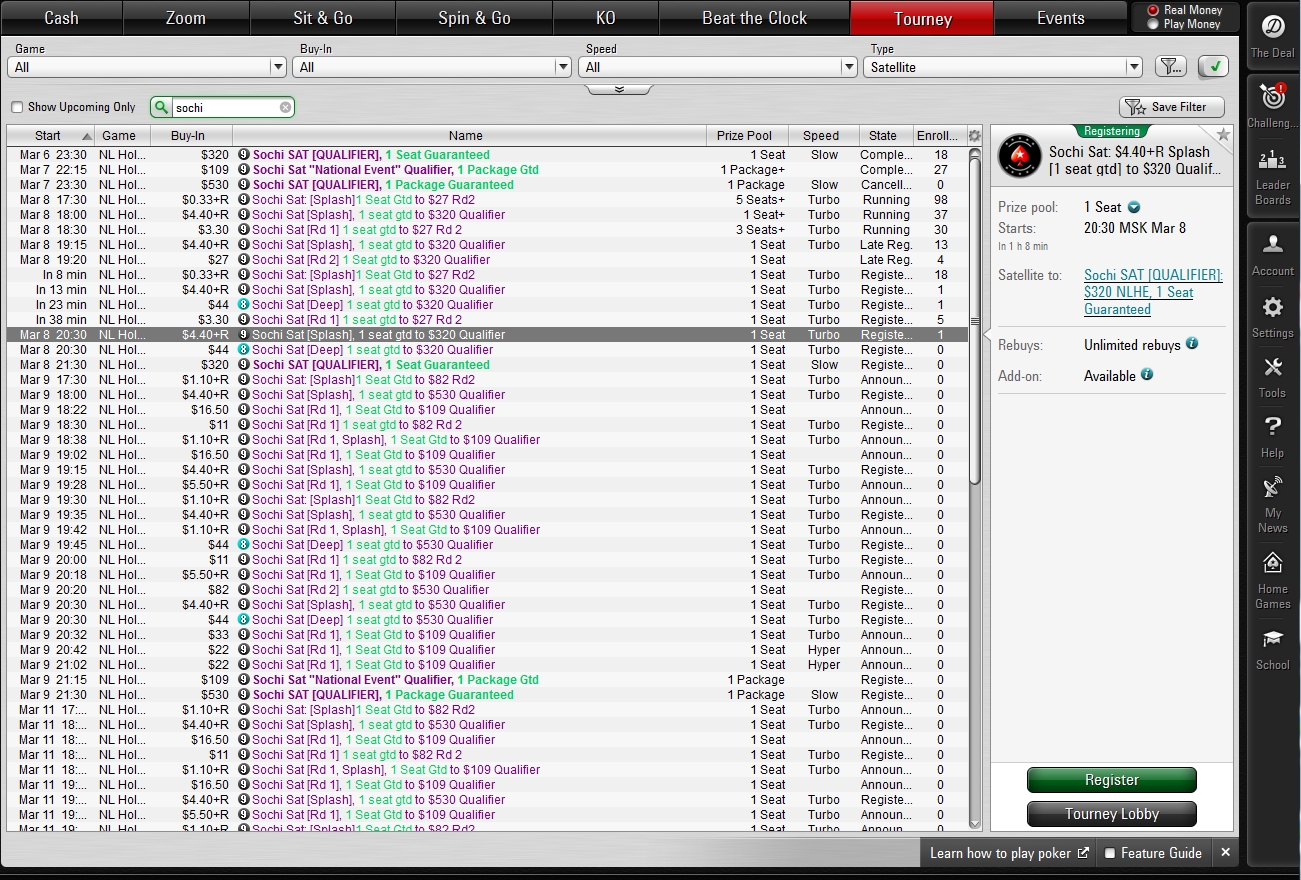 Buy-in begin from $0.33 in rebuy tournaments. Nothing special, the selection is huge. One could steadily go to his goal from the chip satellites to the more expensive ones or begin right away from the expensive ones. 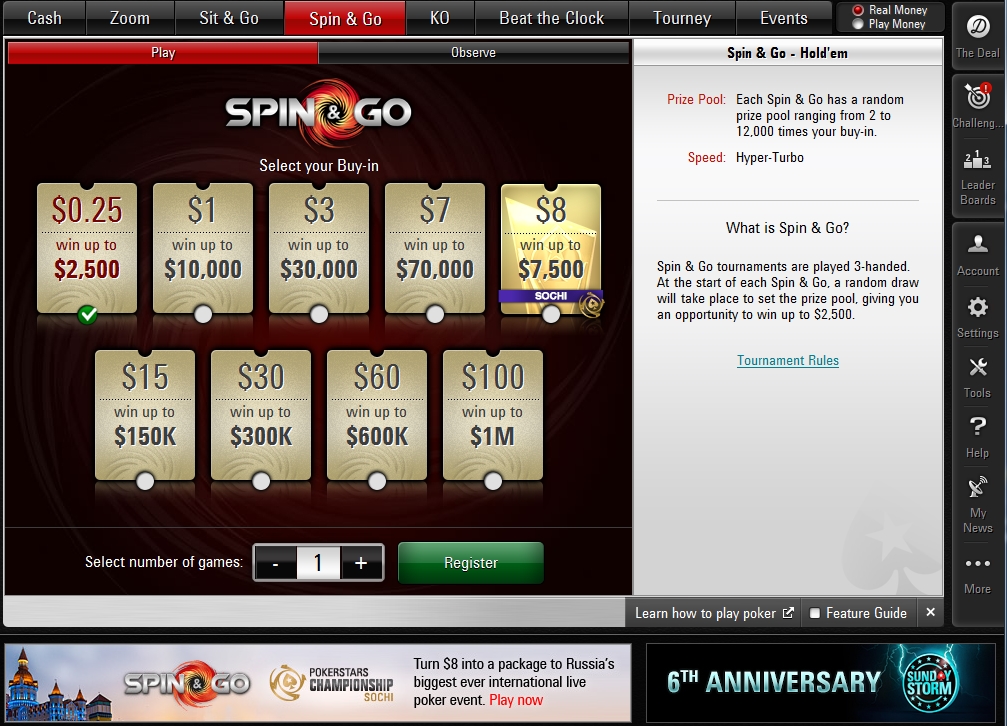 Most of the people were extremely shocked to say the least. We so got used to the tough conditions, narrowing the poker borders, pressure of the authorities and regulators, we now see this event like some sort of a miracle.

“F*ck!” – is the most capacious commentary which describes the reaction of Russian-speaking poker community

“Fedor Holz, you can’t beat this field.” – a nice commentary. It would be fun to watch how our players will compete at international arena with much tougher opponents.

All poker clubs in Russia