Pokerdiscover rating of the best live players in 2017 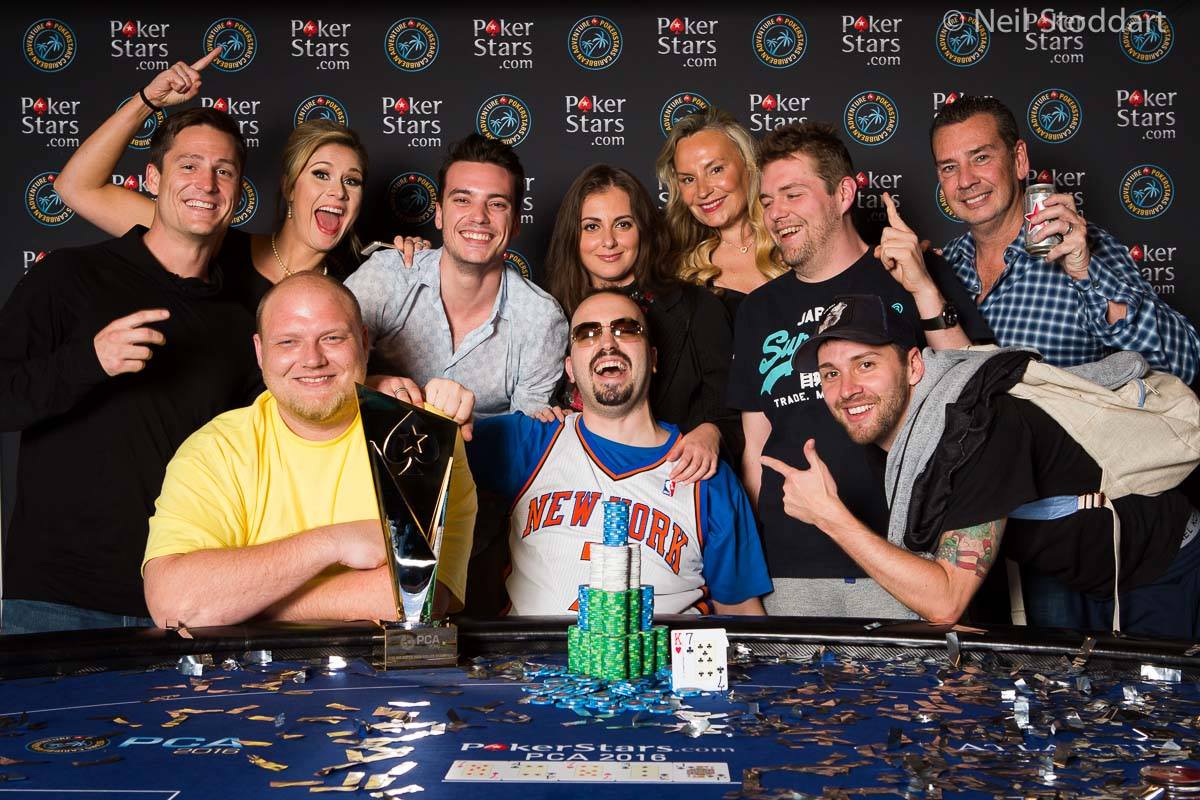 2017 comes to an end. Now is the time to make different rating to sum up the year. We’ve decided to make the Pokerdiscover rating of the best live players in 2017.

The most difficult part is to answer the question: “What are the most important metrics?” We are not going to imply some difficult formulas, unlike some poker web sites as the majority of players don’t like them. To make everyone happy, we’ll choose TOP-5 live poker players of 2017 in different nominations.
Suit for yourself, what makes a poker player great? Total winnings? Sometimes variance and fortune meet the player who wins WSOP Main Event catching his deuce on the river and taking home over eight million dollars. The rest of the year that player spends in his tiny online reservation…
Number of ITMs? One may live in Asia and play in different series there paying $100-$200 as a buy-in for 200-people events and makes ITM 5 times a month.

Maybe the best one is the one who made the biggest personal breakthrough and has won in total much more than during the course of his career before that? Well, we can ask zillions of questions and speculate a lot. So we find the approach with different nominations as the best in current situation.

Nomination #1: The Best Live Player 2017 (Total Money Won)
The winner in the nomination is an American pro Bryn Kenney. He won $8,505,898 in 2017. Looks like Bryn doesn’t celebrate New Year, or doesn’t party a lot at least as by January, 14 this year he had 6 ITM (with two wins at the final tables) and more than 1.5 million in winnings. HE caught his luck at PokerStars Championship Bahamas.
Super High Roller win at the capital of elite gambling - Монте-Карло - got him the biggest amount of money. He won two million dollars here.
Kenney is one of the brightest examples of how card games can be beneficial for the wallet. When he was young he played the core game of all collectible card game (CCG) Magic: The Gathering, and could have won no more than two million dollars for the win there

Nomination #2: The Best Breakthrough Player 2017 (Total Money Won)
The player who didn’t feel the competitors here is one of the representatives of the German poker school of poker - Steffen Sontheimer. In 2017, he increased the amount of his winnings 14 times – from half million dollars to seven and a half million dollars. He had become the fourth on total winning this year.
This “German Machine” earned the most at PokerMasters series in Vegas after qualifying for the final table for four times in five tournaments. In result, he has become the best player of the series and got his biggest cash award there of $1,512 plus an exclusive violet jacket.
Nomination #3: The Best Live Player in ITMs 2017
The winner in this nomination with the new world record is a no-nome to wide poker circles from Hong Kong - Park Yu Cheung. He got into money 68 times (a little over five times a month) in live tournaments. The previous record belonged to the American John Zentner. He cashed 56 ITMs in 2013.
Cheung for part of his ITMs not just in Macau and Manila, he participated in Aussie Millions (2 ITMs), WSOPE (2 ITMs) and WSOP (7 ITMs). IT got weird with the World Seris. He played on it up to June, 20th, went to Macau for ACOP and cashed four more times there from June, 24 to July, 1st (all final tables). Thn he got back to Vegas and took 113th place in Event #68 out of 1,349 participants.
Nomination №4:  The Best Post-Soviet Live Player 2017

We thing the leader here is Belarusian Nikita Bodyakovskiy.  His first steps in poker were made online and he was a successful tournament and expensive cash player. His first money in live tournaments he won in 2010 (up to 2015 all his winnings were made in the Ukraine) and by the end of 2016 his account had more than 1.5 million dollars.
After 2017, Nikita rightfully got his name “Mr High Roller”. 17 out of 19 tournaments he got ITM were the tournaments with the buy-in of over ten thousand dollars or euros.
He made the most in Prague at WSOPE in €111,111 High Roller for One Drop - $ 1,772,822. Unfortunately, Nikita may be called “Mr Almost” as in 9 tournaments he got the 2nd or the 3rd place, including the One Drop.


Nomination №5: The Best Female Poker Player 2017
We think we would have disappointed many people by leaving aside females. We had a difficult choice here as we had three very serious nominees. So we leave the choice to you, our reader. Here is the info of all three girls.
The most famous of them is Liv Boeree. This year accompanied with her boyfriend Igor Kurganov, he got WSOP bracelet in the team event. She won the award of  PokerListings Spirit of Poker Awards as “The most inspiring player” and launched here own science show “Amazing Science Adventures with Liv Boeree”.

Liv managed to win $413,788 in live tournaments in 2017 (she was seventh among females).
Kristen "Krissyb24" Bicknell, just like Liv managed to play online as well and became the member of partypoker team. She has earned $551,906 this year, and ITMed 27 times, so she is the best female player according to many ratings.

Maria Lampropoulos from Argentina won the biggest amount among the girls by taking home Main Event partypoker MILLIONS Live in Nottingham and earned $1,255 million. She has become just the sixth female player to win over a million dollars in a single tournament.
We could have come up with dozens of other nomination to highlight every notable player who has a fan base, but the size of the article would have been horrific. So we’ll just list remaining poker achievements in 2017
•    Scott Blumstein – the biggest one-time win ($8,150,000) and the most expensive river of the year in WSOP 2017 Main Event heads-up.
•    Fedor Holz – the luckiest poker vet of the year (officially quitted from poker, he listed more than six million dollars to his name this year and also became the leader of serch engine requests at poker stats websites).
•    Adrian Mateos – the leader of stats rating sites (won almost $6 million, 37 ITMs).
•    Alexander Gofman – the first poker millionaire in tournament series at post-Soviet countries. The winner of ME partypoker MILLIONS Russia and got $1,000,000.
As you can see, 2017 in poker had plenty of events, so many players confirmed their high level, some managed to make it to the list of live poker stars. There is no other criteria aside from short-term results in the poker world. So we’ll have a look at live poker in 2018 as well and… will choose new heroes.