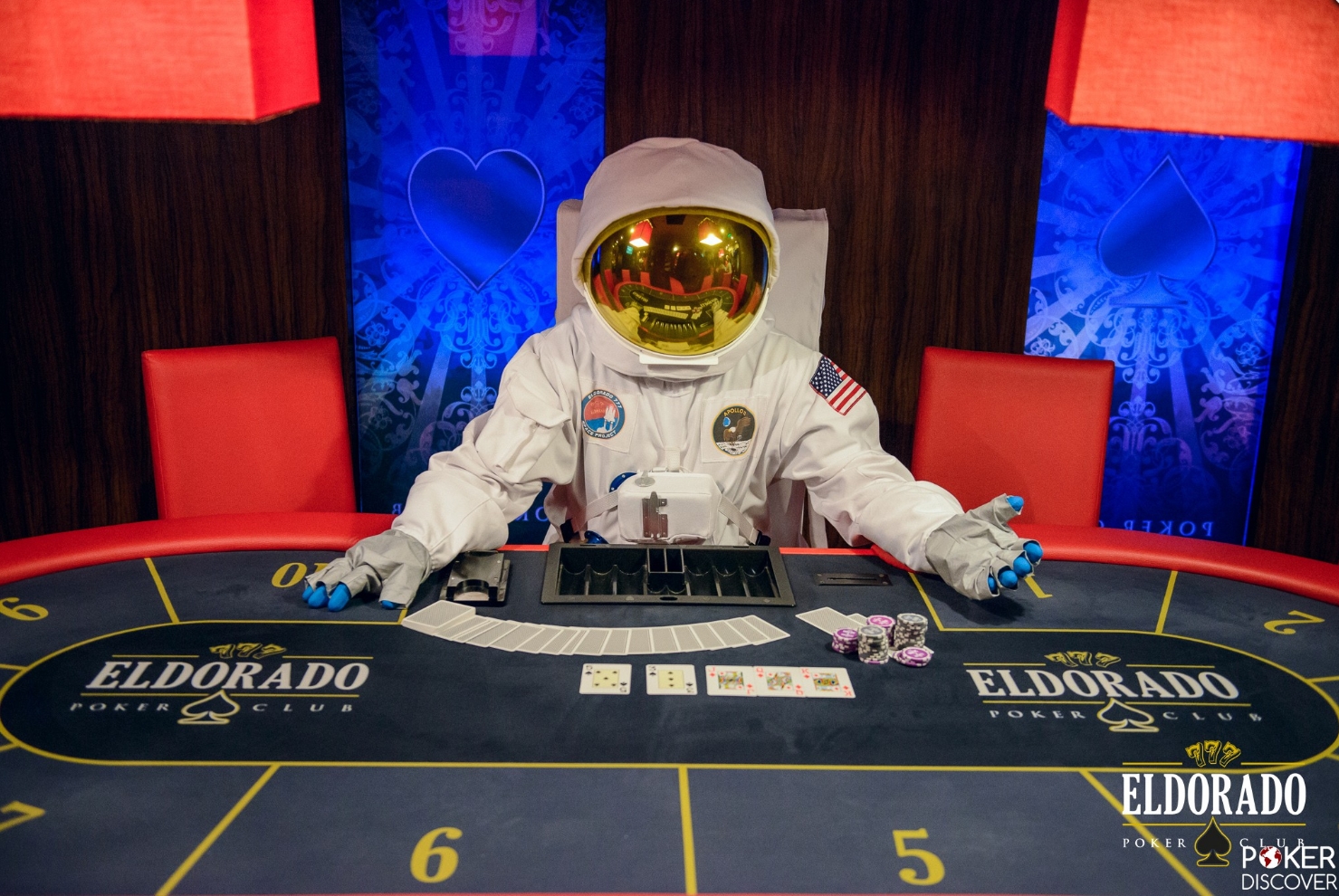 First part of the story of poker in Romania, or how to play poker in Romania, if you will, will tell you mostly about the players and poker situation in the country in general. Unfortunately, Romania is far from financial well-being in all senses. But people here love poker very much. However, for some of them this love is forced.

The second part is completely about Romanian poker clubs with the most interesting of them described with commentaries of the experienced regular.

“Romanian players – are natural-born gamblers and they believe in luck. The first thing I’ve noticed is5-7x raises. This sizing is common for tournaments and cash games at all stakes. I got used to standard 3x raises. And here you also get 4-5 people calling you after the raise of increased size”.

This is the quote of Chris Moneymaker’ report of trip to PokerStars Romanian Open in November, 2009. The event took place a while ago and some things have changed. We should also take into account the fact Chris couldn’t physically asses all the poker in Romania – play in many Romanian clubs (which weren’t there yet at the time).

The situation in the country at the moment is far from being best: there are lots of economical problems, including low salaries, low level of life in general. Many people have to immigrate to some other European countries or work abroad. Poker for many players is the last chance to get a decent life and for some people is the only decent way out.

In general, poker in Romania – live and online – is currently in the period of formation. In 2015, the Canadian company компания Amaya Inc. (with actives of the companies PokerStars and BetStars) got a temporary license in Romania and works in the country legally since September, 2016.

In 2016, Romania hosted many poker series for the first time. We’ll describe them and tell a lot of other info below. Poker in Romania becomes a bigger deal.

Take this interesting fact, unknown to many as a second opening. Legendary Canadian Daniel Negreanu has Romanian roots. His parents lived in Romania for many years and then immigrated to the USA and then to Canada. Seven years later Daniel was born.

The most effective poker player in the world is Romanian. Daniel earned incredible $32,619,168 in course of his career! And that’s just live tournaments, without taking into account cash games (online and live).

There are many places where one can play poker in Romania – more than two tens of them. Card games are treated loyally in the country so the facilities don’t have to be undercover. Instead they are proudly placed at the central (and non-central) streets of many towns of the countries.

“Proudly” is not the word, though. About the half of the clubs closed in the latest years, and the remaining ones have a small number of tables.

The entrance to the clubs in not free – it costs 15 to 30 leis. It is very weird for most of the foreigners. But this is the price to play poker in Romania.

The detailed story of the most powerful Romanian clubs is in the second part.

Big poker tournaments leave Romania aside. Or it was that way. In 2016, the situation started to become better. One of the most significant events of the year is the stage of the sixth season of Eureka Poker Tour in InterContinental hotel, which took place in May in Bucharest. As Eureka is one of the biggest second-tier series, it’s a big deal for Romania.

The things could escalate quickly from here. European Poker Tour might come here, for instance. Or Romanian poker tour will grow onto something bigger. 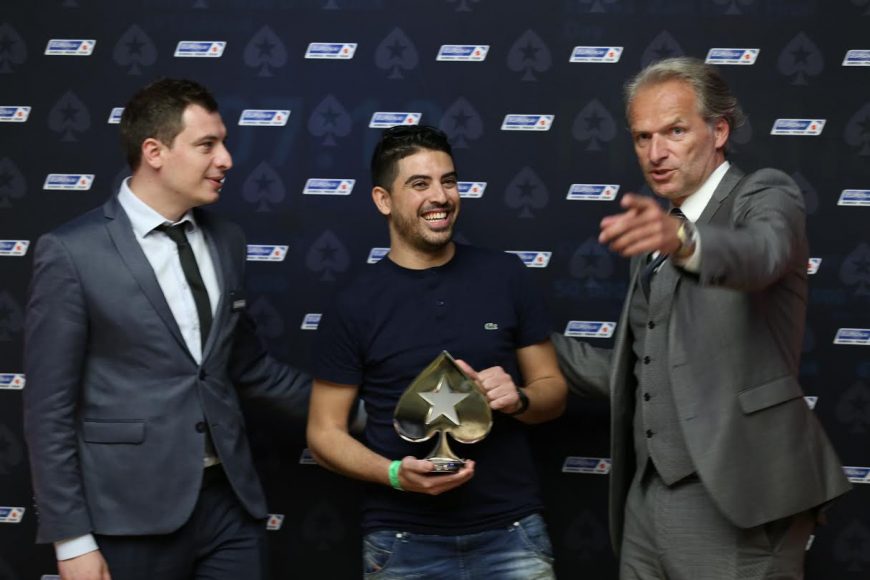 Here are some other poker tournaments Romania hosted in 2016:

This is just part of the past and future series! Romania loses in poker tournaments to some other European countries, the day Bucharest becomes a regular stop of EPT, and WPT is no that far.

How people play poker in Romania

“I’ve been told Romanians play less in time and on bigger stakes. Here their gambling passion shows up. I sat at 25-50and saw the same 5-7x raises,” Chris Moneymaker writes.

Unfortunately, Chris’s info is very old. Here are the notes of our poker expert who travelled all across Europe:

“In most cases Romanians are nit and tight players. A half to 100% of players at every table are regulars who earn their leaving playing poker… Rare recreational players are those who are here on break from their work in Europe. There are no free money to give away in the country.”

7x raises are a distant past for quite some time:

“3-x raises are quite common because of often-met straddles exceeding the stakes and 40-50% of clubs gave Mississippi-straddles on button, and that sufficiently increases the bank preflop”, the regular explains. 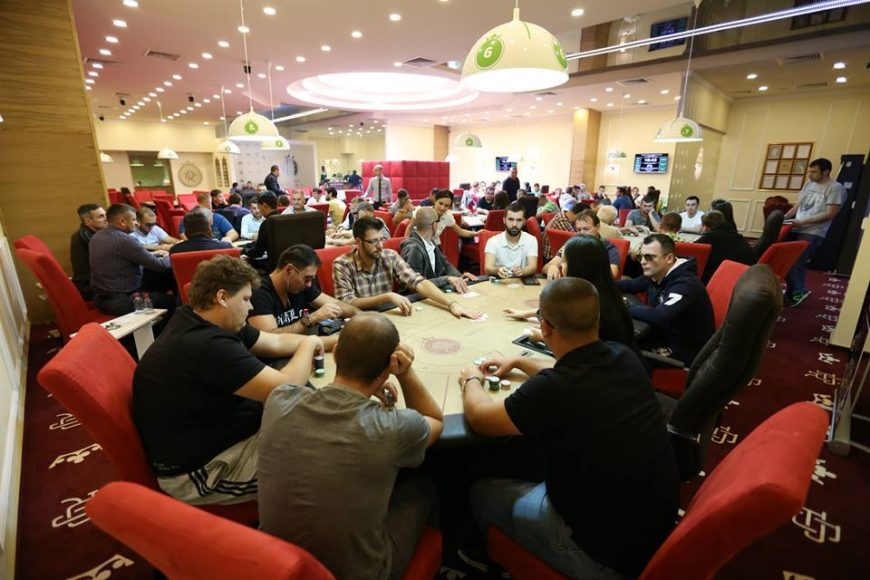 The level of play here is very similar to Belarus, where it is rather high and it makes players become stronger and more dangerous at the table:

“The field is harder and loses in toughness only to Belarus, but wins over Slovakia. The disciplines are Hold’em (90%) and Omaha (10%). Chinese poker and other kinds of poker aren’t common. There are lots of tournaments but there is also the tendency towards leaning to cash games lately”.

Here is the following fun fact, according to our poker specialist:

“Romanians love to watch all the possible coverages and TV tables as the number of players who are willing to work at their games and climb up the stakes but it doesn’t work 100% as Romanians don’t have s nice selection of materials”.

The second part describes poker clubs in Romania. There are some places to look at and visit.

All poker clubs in Romania