In this part of the review we take a turn to the West from Kosice towards Prague and Bratislava, along picturesque highway among Tatry, where many little towns of Slovakia are situated. 30,000 – 50,000 of population is a rather big town on local measures, and it absolutely must have a poker club or two. Let’s have a look what poker life is like in this part of the country.

We’ve told you before about poker clubs of Bratislava and other major cities.

The author of the text is a professional player Slonovyev. He has personally visited all the described places and travelled around many countries looking for poker adventures.

After Poprad we get to Liptovský Mikuláš, a town on the border of National Park “Lower Tatra’s”. We can go there for cheap tournaments in Double Star and VIP PokerPro. Don’t be too surprise if you are going to play with TOP-6 of the local rating (and no outsider players – as there aren’t any). Playing field is doll-like small and there are no cash games.

Got a bad luck? Do not worry as neighboring Ruzomberok will definitely provide you with the game at least three times a week in local Pokerclub Ružomberok. Martin, in turn, has one of the most active clubs of Diamond Poker Club network. There is cash game on Fridays.

Relatively big Žilina has three clubs with the most active of them – the one of Bluff Poker Club network with nice guaranteed prize fund in tournaments and satellites to Prague Series. Cayot network is also presented here, but mostly nominally as the network is big and they don’t pay too much attention to poker. Olympic network should be left aside here as it is only relevant for play if you found your opponents yourself – for instance, to play expensive Omaha.

Tournament life in Cadca, that is near cancelled borders with Poland and Czech Republic is very active. Tournaments for everybody starting from 2 euro rebuys to 100 euro freeze outs with good structure. There are cash games after the final table in the end of the week.

All the aforementioned clubs are situated along the highway near Polish territory. Despite almost full absence of play in this country, there are very few Polish players here for some reason.

Leaving aside the main highway, we go to South East and get to the center of Slovakia. We pass Prievidza (there are two clubs but no action there). And go right to Banska-Bystrica – a big industrial center of Slovakia. There are more people here, and there is more poker: The neighboring Zvolen has a rather active network Rebuy Stars. 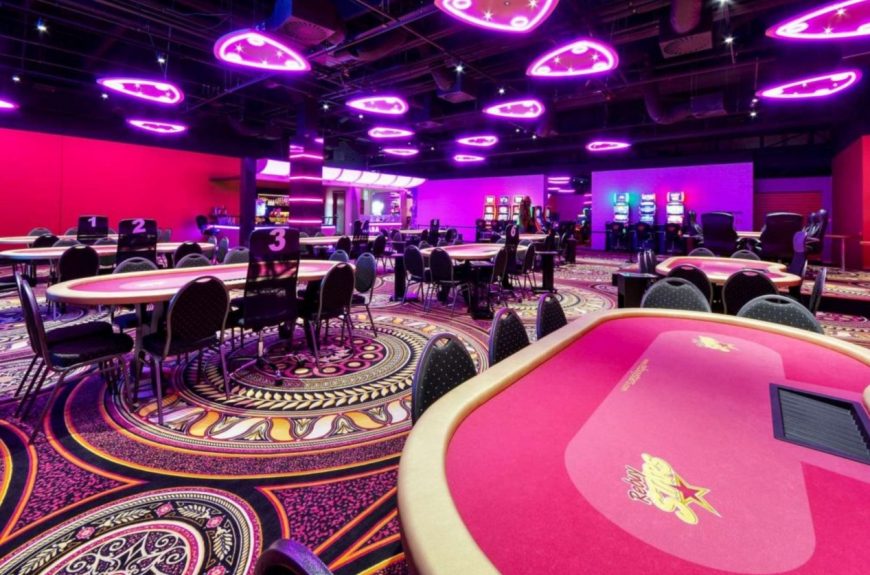 Going back to Bratislava highway, we see Piestany. This resort makes a stream of payable visitors but those who organize play don’t hurry too much to attract them to poker, preferring collecting tourist’s money in roulette, blackjack and slots.

Trnava has two facilities, but less action than one could expect (as Bratislava is really close). Nevertheless, Olympic Casino as well as Diamond Game Club have action towards the end of the week.

Double Star in Malacky, though, recently started taking local poker series. So there is some action. The town also has the club TopGame.

One of the latest Bastions with poker life is 77-thousand town Nitra. There are four facilities: There are more facilities than needed so they made agreements between them to share weekdays to survive.

Not so long time ago town Levice had a bright poker community. This is a hometown of top regular of International level Jan Bendik. He made parties in one of the oldest clubs of Slovakia Arcada. It regularly has tournaments and rates the players.

As Arcada slows down a little bit, comparably new club Bad Beat starts to emerge. All the cash games moved here with rating accumulative bonuses and jackpots, there are tournaments. Starting from Levice to the south – until Dunai - there is a specific part of Slovakia with Hungarians and Hungarians gypsies. So they take Hungarian here and make buy-ins in euro and Hungarian Forints.

As a short conclusion, total bad picture of poker boom slowing down now reaches Slovakia but these processes are slower here than in other countries. This country will be interesting for low-budget play. The most action is in big cities of Bratislava, Kosice, Nitra. Unlike in neighboring Czech Republic, Hungary, there is no daytime play – all the tournaments start at 19:00 and later and cash games take place even later.

Squads are mostly weak and average and there is priority of tournaments over cash games, almost no new players. Slovakia may be recommended to those players who don’t have a big bankroll yet or don’t have an opportunity to play in the motherland.