In the second part of our review we will try to describe the state of live play in different cities of Slovakia. As we’ve mentioned in the latest review about the capital - Bratislava, poker is immensely popular in this country and its liberal laws and tax policy allow the owners of gambling facilities to organize poker halls almost everywhere.

Almost every little town has its own poker club. We will tell you about the most famous of them.

The second biggest town after the capital – old town of Kosice lost among the mounts of Carpaty has twice-smaller population in comparison with Bratislava – 225 people, who play in several poker clubs.

The oldest and most advertised club is Monte Carlo. It is situated in sleeping quarters few minutes away from the center of the town, in a big shopping center at the 5th floor, so that guarantees big population of tournaments and cash games (1-1 and 1-2) – there are about 15 tables. 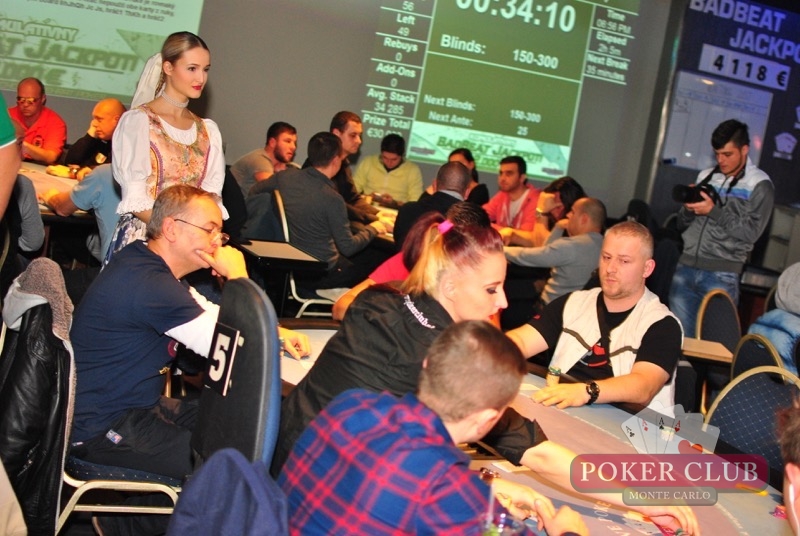 There is player’s rating, loyalty programs, free food for the players. There are league cups with satellites held together with neighboring towns of Mihalovce, Humenne, e.t.c. So there are lots of action though in recent months competition becomes tougher and some players went to other facilities of the city.

New filial of Rebuy Stars network is aggressively advertised recently. It is already ahed of Monte Carlo in cash games of 1-1 and 1-2. There are Texas and Omaha, some tournaments are played. It is situated near trolleybus depot, not the most comfortable placing, but it also close to Diamond Poker Club (obviously to steak some clients from it). Diamond Club is another Czech and Slovakian network. It doesn’t develop too well in this highly competitive area. They had an offer on Tuesdays for cash players of the cheapest play of 0.5-0.5 with 10 bonus euros several years ago, and they don’t have anything new to offer.

Kosice also has international network Olympic Casino. The club has four tables, no place for tournaments, but enough to have cash games for two or three days per week.

Couple of tens kilometers away a little bit sad town of Presov is situated. It is so sad because it seems empty as many locals left for the capital or somewhere in Czech Republic or some other European countries. So there are few players in the rooms of Slovakian network DoubleStar. They mostly play on Fridays. In order to gather the table or two, there is a mixed Texas-Omaha game (dealer’s choice) 1-1. The situation with tournaments is bad as well so many people prefer going to neighboring Kosice to play with many people and big guaranteed money.

There is also a second club - Happy Poker. The problems are the same, Aside for Friday and Saturday the game is almost non-existent. Poker in other countries of Slovakia

ParTclub still actively works in Michalovce, gathering local fans of tournaments and cash games. The disadvantages are hotels too expensive o that makes staying here for a long time problematic, though it is a great option for transit stop.

Trebisov has Diamond Poker Club: the game is irregular, the town is too small. The players are too weak so it is probably a one-time bankroll boost option. There is also one of the clubs of mini-network Texas Poker, with tournaments every other day, cash games of 1-1 on Wednesday and Saturdays with rare occasion of more that 6 people and the table. People also leave early – they don’t play after 1 am.

The second club of this network is situated in neighboring Vranov, in the building of coffee shop Coffee & Win, it also has cheap tournaments.

All three simply kill each other in competitions when they work simultaneously. There are less people in Humenne than chairs in these facilities!

Bardejov is situated to the north of Presov, it is a famous ski resort. Local Card Club Respect is more or less full from December to March. In summer time life hold still here and the play is irregular as only locals come to play.

Spisska-Nova-Ves also has a facility - VIP Poker Pro, the play is excessively cheap, they play 1-2 times a week as this is an add-on to slots and roulette. I’d like to say the following about those poker clubs which actively function (about half of them) in this part of Slovakia (Kosice and more to the East and in radius of 100 kilometers to the West and North). It is a great alternative for Ukrainian players, who are unable to play in their country as clubs are being constantly shut down in the country during the latest 3 years. They are situated close to the border and are comfortable to visit, have nice management and traditions, stream pf players, despite general crisis in the poker world.

The third part of review will tell you about the facilities in other regions of Slovakia.