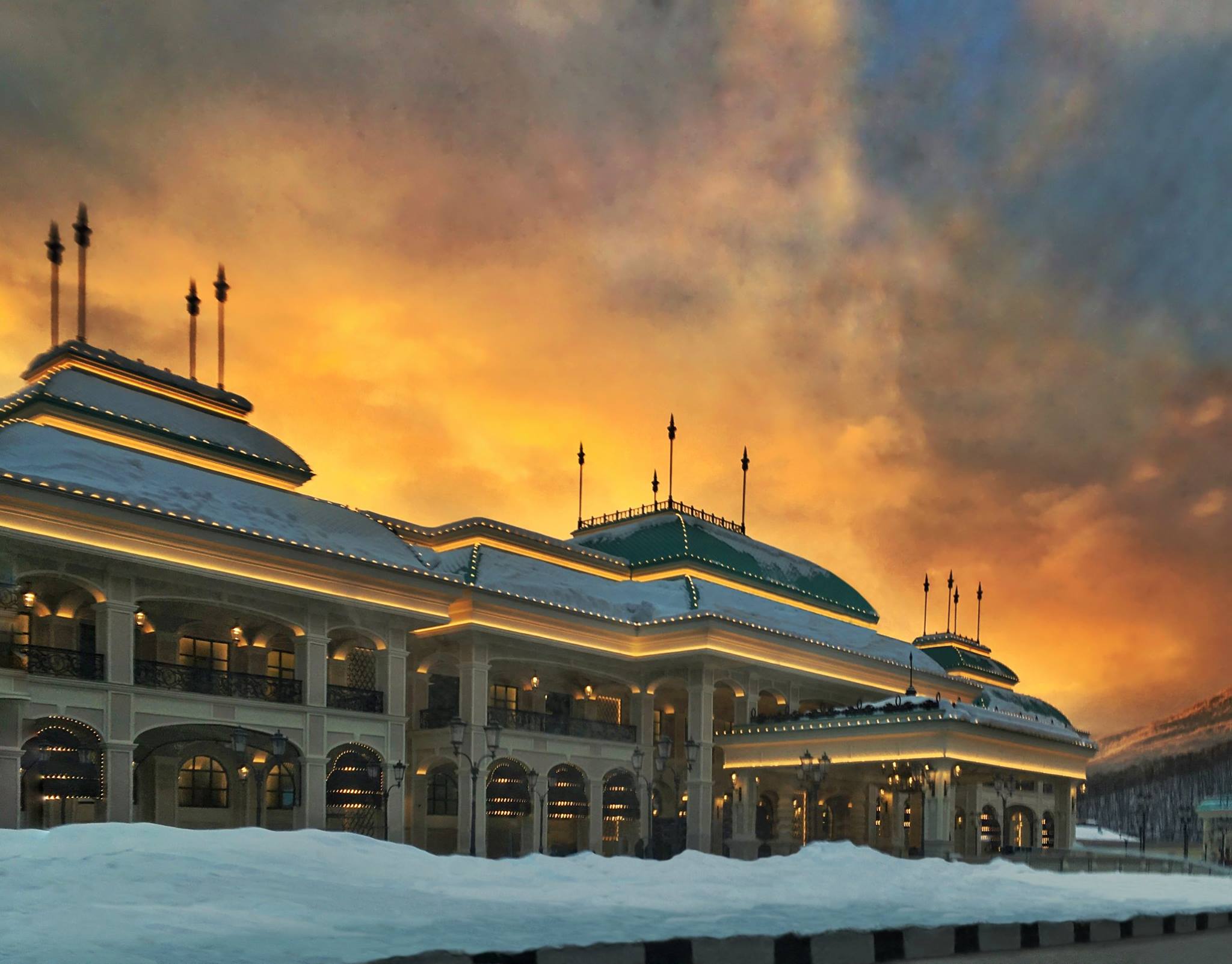 Today the first casino opens in Krasnaya Polyana gambling zone “Sochi Casino and Resort”. This is a huge entertainment complex in “Gorki Gorod” with restaurants, boutiques, conference-halls and a bar. The casino will have 569 slots, 70 gaming tables and – what’s the most important – poker club “SOCHI” for ten tables.

It holds a major stage of EAPT series with $500,000 guaranteed prize fund under the management of Artur Voskanian in January.

The official opening of the complex is scheduled on January, 5th though it will operate in New Year and throughout the end of December 2016. It turns out that the first casino here starts operating not later than six months after the decree of making a new gambling zone by the government of Russian Federation.

Couple of days ago the press-conference took place in Moscow with the government of Krsnodar region and top managers of the new casino as participants. Interesting statement of CEO of Cushman&Wakefield Sergei Ryabokobylko was made there:

“In 2006 annual turnover of gambling industry in Macao was about 7 billion dollars and in 2014 this indicator became six times bigger – up to 44 billion dollars. We believe Sochi has the similar potential”.

It is expected that the gambling facility will bring more than 7 million dollars to the bedget and will creat 1,150 work places who will serve more than 40,000 every month.

What do we know of poker club SOCHI

There is the following information at the official website of the casino:

“The guests are able to try out… a separate poker club with 10 gaming tables of Club Texas Hold’em”.

An official representative also told that the club would host poker tournaments – more or less regularly. We also know that Sochi is going to host the stops of the famous poker series, including EAPT, for instance.

The games presented here are the classic and the most demanded Hold’em and Omaha but the management are abele to set the table with any kind of poker on request: Stud, Chinese e.t.c.

The members of the team Poker Club Management will be thee managers of the hall who are responsible for hosting EAPT stage.

We should notice that 10 24/7 tables in a completely new club is a remarkable thing. In addition to that, big number of slots and roulette/blackjack tables will contribute to constant stream of the new players. Accomodation in “Krasnaya Polyana” and Sochi

Let us notice that the series will take place not in Sochi itself but in “Gorki Gorod”: a 40-minute car drive ffrom Adler. There are plenty of places to stay in (in Sochi, not just in “Krasnaya Polyana”).

Also don’t pay too much attention for the price of Mariott hotel attached to Sochi Casino & Resort. It costs several hundreds of dollars per night. One can find accommodation at Gorki Gorod web site or AIRBNB.

Here are the words of a local pro of transportation and accommodation:

There are plenty of hotels and private houses for rent in winter in Krasnaya Polyana (including three ski resorts), so if anyone’s looking for money safe, rent in Adler (Adler is 40-60 minutes away from Krasnaya Polyana depending on how you go. The difference will be significant”.

The reconstruction of the building of an ex-Olympic object costed about 4 billion Rubles, its return is expected no earlier than in three years (according to the most favorable forecasts).

Projected turnover during the first year of operating is $65.5 million with its significant increase in the succeeding years.

By the wat, the major investor rumored is Silverron International PTE, the company from Singapore.

The complex “Sochi Casino and Resort” is a five-star complex or so it is reflected in the cost of numbers. One could reserve a room at the web site of the complex. All poker clubs in Russia