Mommy, I’m in the hand, call me back, kiss you… Usually it is prohibited to use mobile devices during the hands of tournaments. However couple of days ago room manager and tournament director of Aria told about changes of rules of the famous casino.  Now people can call right in the middle of the hand without any punishment.

“Players are disallowed to speak on the phone while at the table. Regardless of whether the player is in the hand or not. The call can be made only out of the table”.

This is an excerpt of the European Poker Tour tournament rules. It is said that players can use phones, tablets and laptops but not during the hand.

WSOP is pretty much the same:

“Players who are not in the hand are allowed to write messages/sms but the addressee shouldn’t be at the table”.

“When the players in the tournament ITM all the allowed electronic devices need to be put away”.

To talk on the phone one must leave the table and get on a distance with it. Otherwise serious penalty is possible, the player can even be disqualified.

Not a big deal?

Cash tables is another cup of tea, the rules of card rooms are usually much more liberal here.

Opinion of one of the regulars:

“One could easily make a call playing cash games , there are no problems with it usually. It is way easier to act coordinating with someone here: one can seat wherever; tournaments are random.

I believe it is a good step, nothing special”. Of course

New Aria rules say that one can talk on the phone not just during the hand but during the time bank as well. The only limitations is one can’t hide the phone under the table. All kind of writing via mobile devices is allowed. 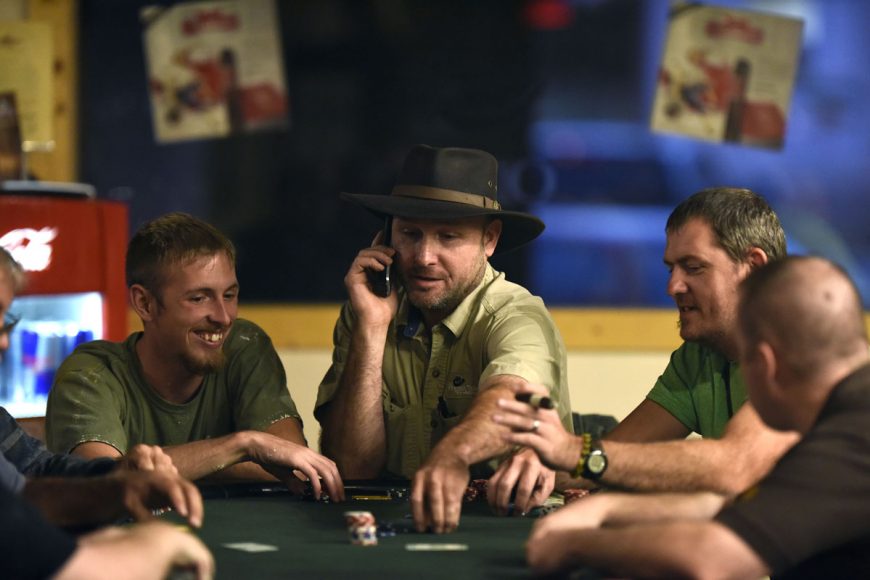 Rules of mobile device use are set by the gambling facilities. They are not regulated by countries, states or cities. You’d better ask dealer about it.

Some casinos disallow any messages (you may just read something). Elsewhere you can do whatever you’d like if it doesn’t bother everyone else and delay the play. There are also facilities where you can use devices only when you’re far from table.

By the way, it is usually allowed to use devices playing blackjack (when you play against the dealer). But there is an unwritten rule that no one is willing to wait his turn while some moron stares at his phone.

There was time when Gus Hansen played live tournaments and even won them. He won Aussie Millions Poker Championship 2007 ($1,192,919) in 2007. He was leaving his table very often to whisper and record his thoughts.

Many regulars use notes today as well. Someone writes in his notepad with the pen, the ithers use different apps on their smartphones and tablets.

And if smartphone or tablets us used for that purpose, general rules for using the gadgets are applied. In most cases it is not prohibited.

Well, times change. It is possible the gadgets will enter tournaments life. Aria is one of the best facilities in Las Vegas, other look up to it.