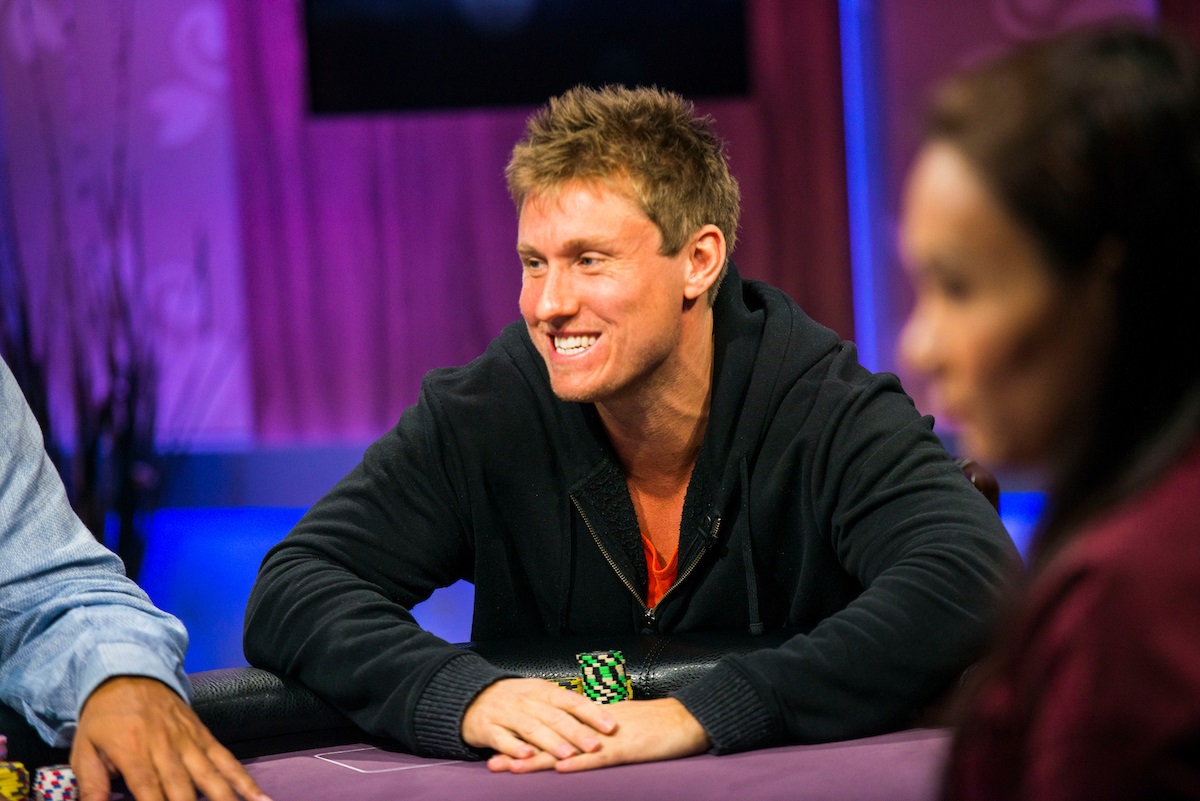 This is a rather unexpected occasion as temporary center of online high stakes world is now PartyPoker. The private invitational PLO cash game gathered round such players like Viktor Blom, Leon Tsoukernik, Sam Trickett, Luke Schwartz, Matt Kirk and others. The latter showed and proved for another time that he is able to become (if not already) a new Isildur!

How desperately modern poker lacks a character to be two heads above the competition. Well, to be more precise, a person who would have played in a much more aggressive manner and remain a winning player. As everyone is quite aggressive for the moment, one is only able to stand out in this parameter only by being… stupid.

To be honest, many decision of crazy high roller from Australia are extremely controversial but somehow interesting. Top regulars are unable to solve this unicum’s decision making as they were unable to crack Viktor Blom years ago.

Kirk has firmly established himself as a part of the top of poker community.  His performance  in the new season of Poker After Dark vividly confirms that - he won a pot of $1,000,000 from the billionaire Bill Klein in the manner we are all used to see from him - by catching the our he needed.

And now Kirk is invited to the private online games where he performs outstandingly. In other words, his performance was really great.

Why Private High Stakes Games is a Good Thing?

For quite some time, PartyPoker  hosts solid PLO games at the stakes of $100/$200.  The same could be offered by PokerStars, but in this case the table is available for everyone.

An idea to make such a table a private one is 100% justified now. There are such persons like Rob Young, the owner of poker club Dusk Till Dawn, Leon Tsourkernik, the owner of King’s Casino, Viktor Blom and others. The former two can’t be called top players. They are undeniably good but only in comparison with Jan Peter Jachtman, Blom, Andrew Pantling, Trickett and others.

Tsoukernik and Yong want to get some action and won’t play with whoever wants. and they especially won’t be add-ons for PokerStars regulars, Private cash games is much more welcoming environment for those people.

And when they meet poker madman from Australia, fireworks happen...

How to Earn a Million Dollars within Several Hours

A week later the total profit of the Australian exceeded $900,000! Then he was at the table with Viktor “Isildur1” Blom, Luke “fulllfush19” Schwartz, Andrew “thepucker” Pantling, Jan Peter "jpjhamburg" Jachtman, Rob Yong, and Leon Tsourkernik.

Aside from Kirk, the only other session winner was Jachtman, and Schwartz had even money. The rest of the bunch gave away parts of their bankroll in different shares.

Hands examples? You are welcome.

Do you recognize the manner of play? The same was when we analyzed Blom’s hands and were trying to figure out how does this lucky fish win the money if he is that bad. Aussie is at the poker Olymp for a reason, not for good looks, and his bankroll is of several million dollars.

He knows what he’s doing.

All cash games in Sochi in real time