Is poker for everyone? 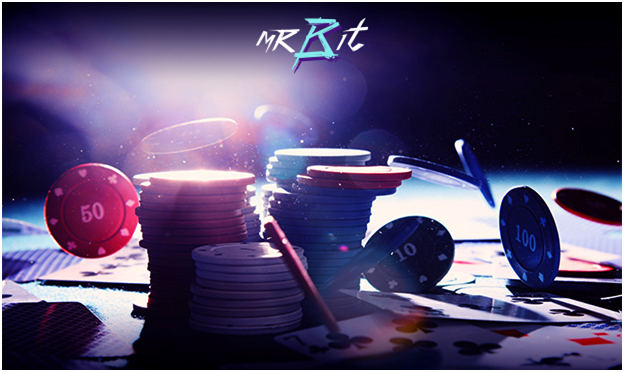 Poker is one of the most popular card games in the world. There are many poker variations, and no one knows which version of the game came first. Despite the multiple variations, the essence of the game is always the same - you need to collect the most profitable card combination.

Some would argue that poker is a challenging game, and probably that’s true to a certain extent, as players need to stay alert, and strategize to get ahead in the game. However, you can learn the basics in just a couple of minutes. If you are not planning to build a professional career as a poker player, visit Casino Mr Bit. Here you can enjoy your favorite card game and experience that thrill of poker from the comfort of your home.

How to play poker

A 52-sheet poker card deck is used to play the game. Most often, jokers do not take part in the game, but there are some exceptions. The game is always played against the dealer (in case if he or she also plays) and other players (real or virtual). All players place their initial bet before the deal. After that, the dealer deals 2, 3, or 5 cards to the players (depending on the game's variation). In some cases, extra cards are laid out on the table - they are considered as common. This game play is typical for Texas Hold'em. Follow the link if you want to know more on how this popular poker game variation is played.

After that, the players either change the cards in their hands, if necessary, make additional bets or choose to fold. It all depends on the poker type you are playing. The most difficult thing in this game is memorizing the combinations and learning how to analyze the situation. An experienced poker player calculates the opponent's cards and knows exactly what to expect from him. Of course, such skills only come with experience. However, it's never too late to learn.

All you need to do while learning is memorize the actions that are taken during the game:

2) Call – bet the same sum that your opponent did.

3) Raise – raise a bet and bet more than your opponents did.

4) Fold – refuse to continue the round and lay down.

5) Check – in situations where a bet has already been placed, or bets have not been placed by opponents – leave it as is.

2. Straight flush Five cards in a sequence, all in the same suit.

3. Four of a kind All four cards of the same rank.

4. Full house Three of a kind with a pair.

5. Flush Any five cards of the same suit, but not in a sequence.

6. Straight Five cards in a sequence, but not of the same suit.

7. Three of a kind Three cards of the same rank.

10. High Card Cards are ranked deuce as the lowest to ace as the highest. If two or more players have the same high card, then the second-highest card determines the winner.

If you want to learn how to play poker, go to Mr Bit online casino. We would suggest practice with friends first! Feel free to use our theoretical material for your studies. In comparison with slot machines, poker is a game where everything depends on you and your skills. It is not necessary to collect Royal Flush every time to win poker. It is enough to analyze the situation and the best possible decision competently.