How to crush low stakes in live poker 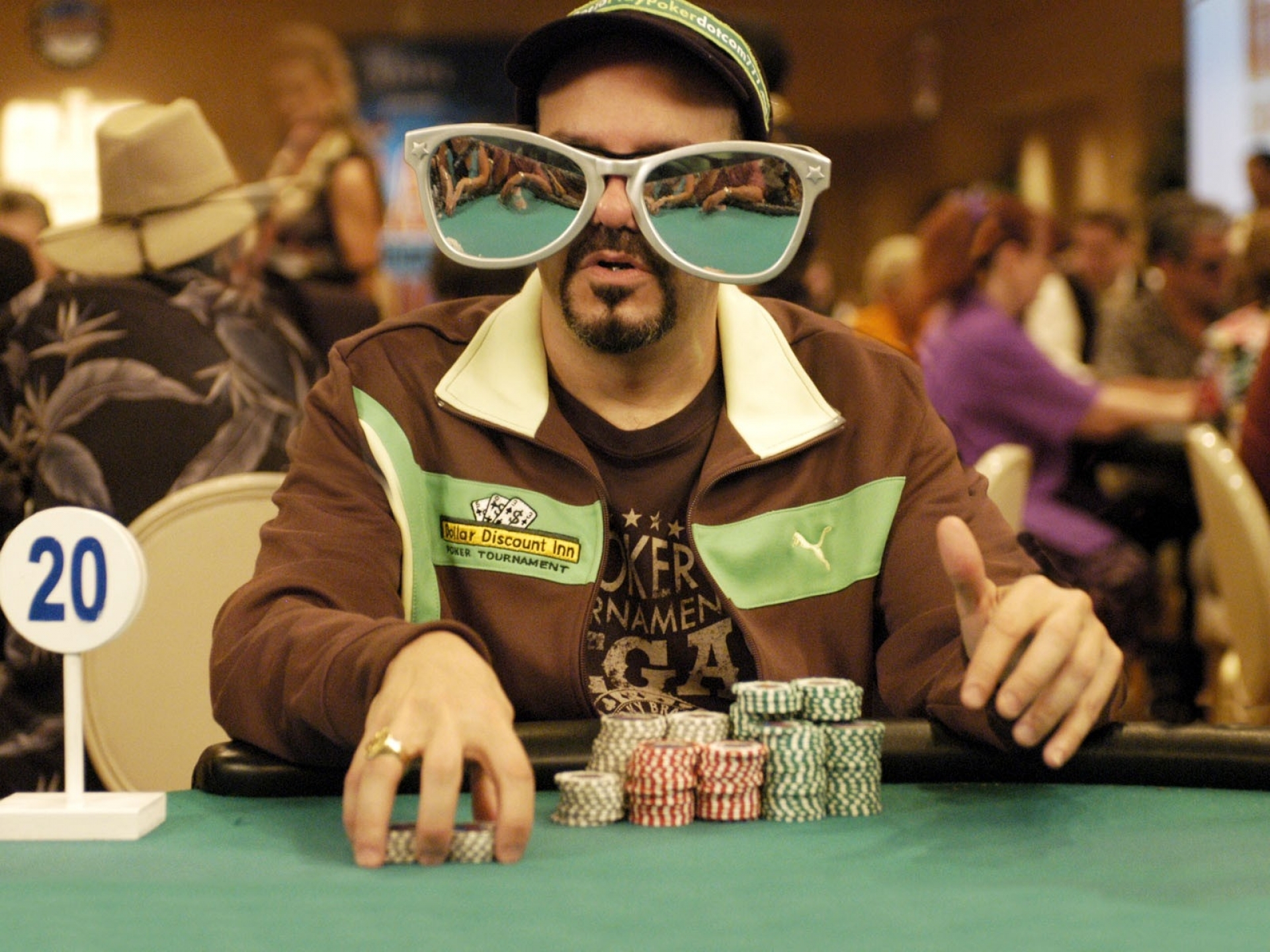 Most of today’s books teach to be tight playing at the low stakes in casinos or poker clubs. Being TAG is profitable but it is also profitable to crush the stakes. To destroy your opponents and get your win rate to the maximum you must act in other way. Some of the principles are good for small stakes in live poker, the others are universal for all stakes.

How often do you see tight players with big stacks (6+ times bigger that the buy-in)? Usually people with most chips are the most aggressive opponents; sometimes they get them with several coolers.

But the point is still the same. Aggression is always better than passiveness, especially at the low stakes ($1/$2, $2/$5). Aggression in position is the key to success. That is an obvious live poker strategy.

Golden rule: play as many pots as you can in position. Bunch of limpers and you have J-10o on the button? Raise! You’ve got Q-8s on CO and limpers keep limping? Raise! Set of treys? Raise!

When weak players get under pressure, they start to make mistakes. Big, big ones. That is why win rate just must go to the maximum. However, the player who applies this strategy should realize major principles of playing post flop to succeed. That is one way of how to win low stakes poker

So what is the micro stakes poker strategy?

Raise as many marginal hands in position as you can and bet most of the flops. When you see resistance you usually need to give up. Marginal hands are suited and off-suit connectors like 9-7s, 10-8s, J-9o, Q-9o and so on, small pocket pairs and weak aces.

Our major goal is to reduce number of opponents to one or two postflop. Weak players tend to play passively so you shouldn’t expect big resistance preflop. You can get two pairs or a strong draw and get it paid very well. People would think: “This guy bets every flop and he can’t hit it every time”.

Then there is tendency of checking when people don’t know whether they are good. “This man raises any two, he could have anything here, I’d better check”. Checks of the opponents mean free turns and rivers. Lots and lots of free cards. So let’s get second pair and gutshot at the later streets.

Even of you get to the showdown with some hand strange to others you will be perceived as maniac or semi-fish. That’s what you need. 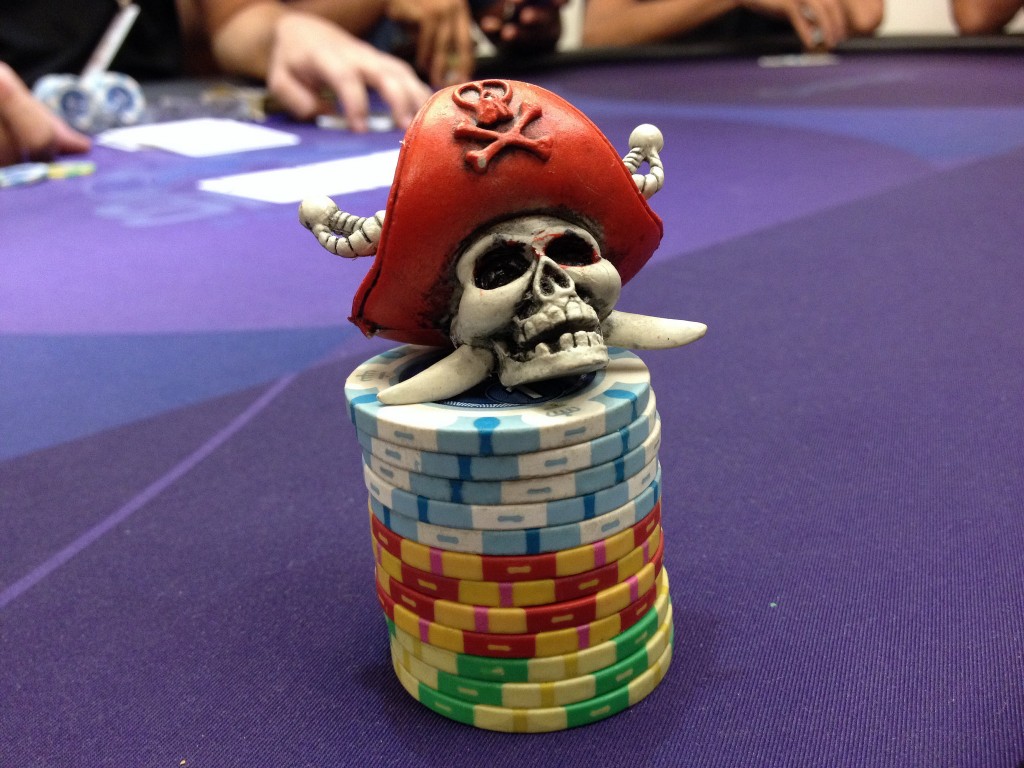 An important note. This strategy works only with rather deep stacks. Should opponents have 50 bb in stacks, there is no point to raise marginal hands. Our goal is to make opponents make mistakes postflop. You’re more committed to the bank with a short stack.

If fish with deep stack raises from UTG and you have 8-4s in late position – why shouldn’t we call? Why can’t we get two pairs, flushes, straight and get his stack? He won’t ever throw away his aces or kings.

People will put you on the widest range. That’s why you should give up to any resistance (having nothing, of course). If an opponent calls the flop, he would call turn; however it depends on the board structure. It is important to realize whether he considers us a maniac or there is a story between us. 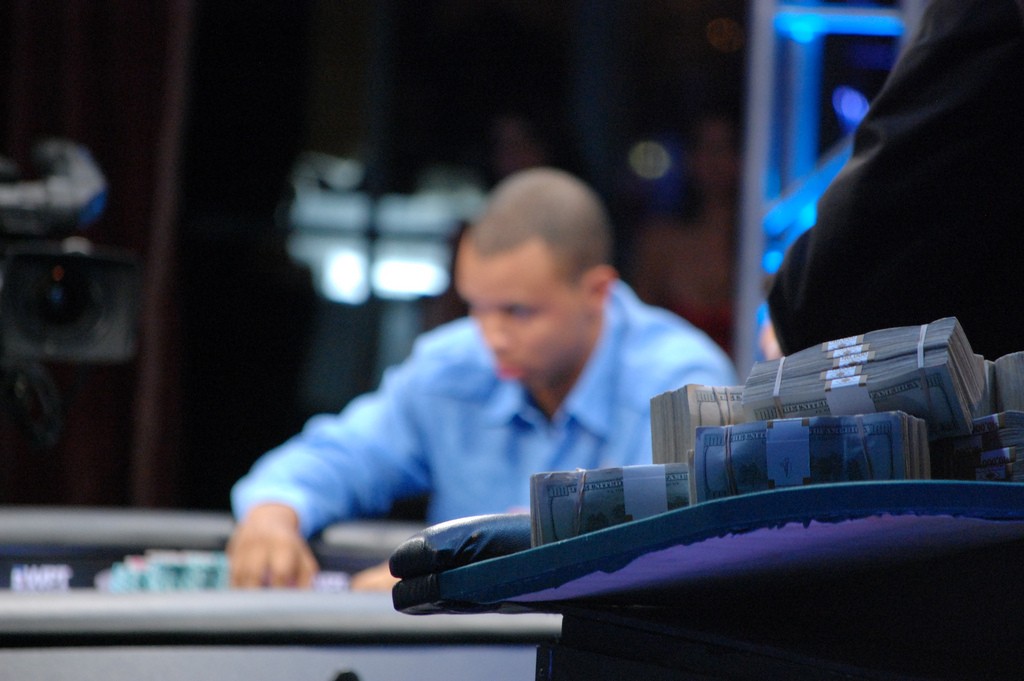 Value bet until you get tired

You should bet for value often and light. They going to call us wide so we should value bet wide also. When our opponent gets something strong he’ll let us know (by making a raise). He wouldn’t want raising maniac without a hand (we’re talking of weak players).

It seems rather simple. We raise, we bet, we don’t give up to aggression. That’s it. Low stakes live poker strategy.

Call all the above all you want: LAG, or some limping monkey style, the one thing we care of is win rate!