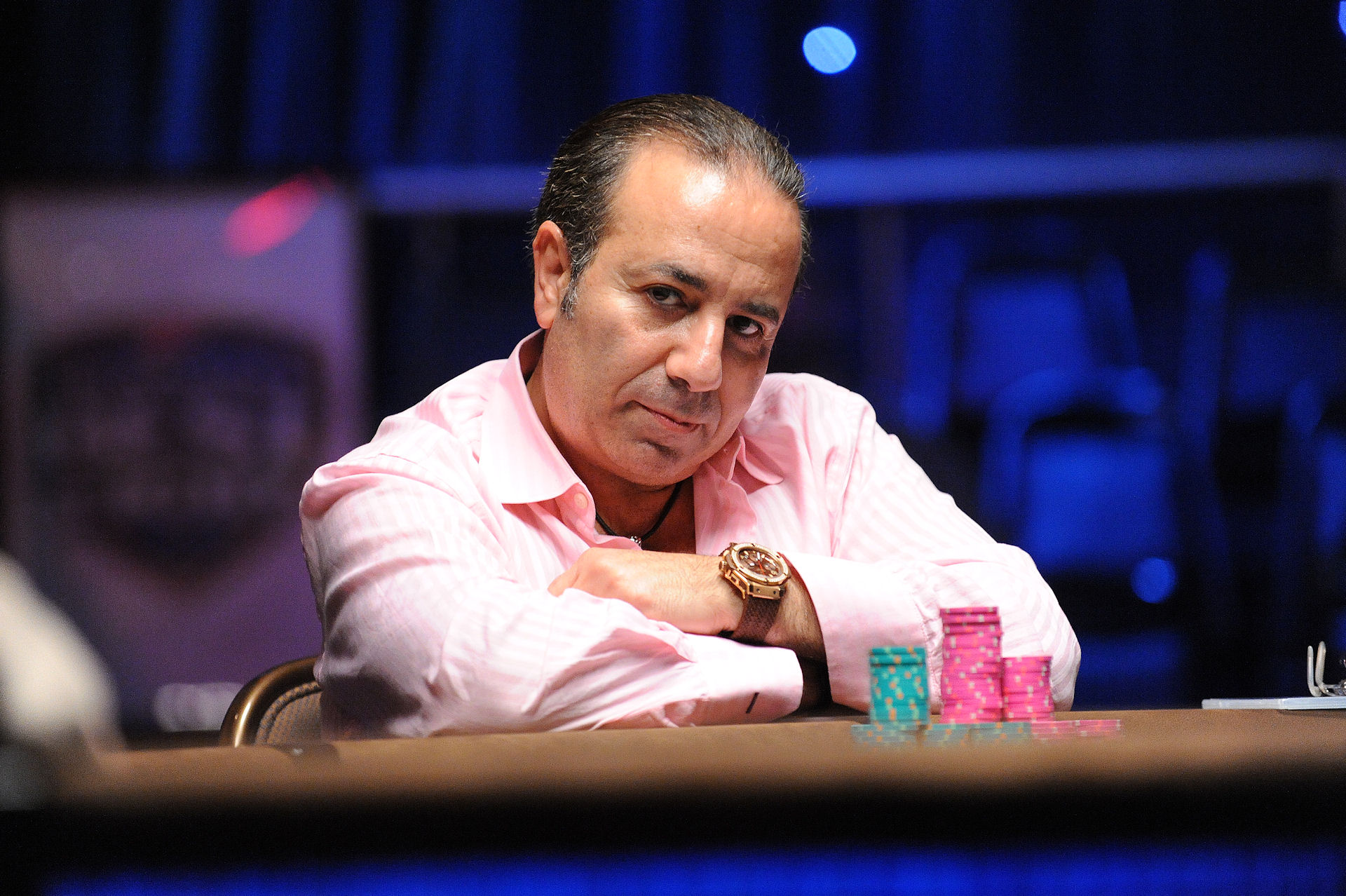 Ihsan Farha, aka Sammy, aka Mister Cool is a legendary high stakes player. He is a true example of old school gambler. Farha was the runner-up of WSOP Main Event 2003, second to only Chris Moneymaker to whim he has lost in the famous heads-up battle. Later Sammy will become one of the most recognized high stakes players and one of the most dangerous cash players in Las Vegas.

Farha was born in Lebanon and moved to the USA when he was young to escape civil war. He had relatives in the USA, including his brother. He wanted to work with this brother (to become a medicine doctor).

But eventually Sam will choose another path. He’ll get a degree in economics and will be closely connected with playing cards.

By the way, despite loyal attitude towards different card games inside the family, Farha was staying aside those games. Due to unknown reasons. Even when his friends started to play, our hero wasn’t following their example.

But when eventually Sammy made it to the poker table, the passion to cards started to burn like the wildest fire.

The career of the professional gambler started in the beginning of 90s. Before that Farha was into video games and billiards. One time he earned $5,000 outplaying crazy drunk “Pac-Man champion”.

Sammy was pressing on his opponent psychologically: “I see that you’re losing and your hands are shaking. How are you going to get those 5K that you’re going to lose to me? Have someone to lend you this much?”

The most interesting part is that Farha himself didn’t have that $5,000.

What is real poker?

“I want to get my opponent out of his comfort zone. Without preflop aggression there is no big pots and no action. I need opponents “to get going” – this is short version of strategy from Lebanese pro.

And he adds: “Real poker is about aggression”.

It doesn’t surprise at all that Farha is considered one of the best PLO Omaha players in the world.

“You can always protect your hand in PLO, there are lots of situation for bluff. And on preflop no one knows who’s got the best hand, you know where your hand stands on the flop, but the situation can change on the turn. You can outplay the opponent if you put him on the right range, and on the river… situation changes again!

Unlike in other limit games, in PLO you play against one or two opponents in the hand. That is fewer badbeats in the long run” – says Sammy.

All the tactics of Sammy is built around one simple principle: “Image is everything in poker”. Literally, Way too loose and full of bluffs, the style of our hero shaped in years. Wherever he goes, wherever he plays, he will always be seen that way.

And that is a huge advantage!

“I don’t want to be like a poker player!” – Farha told in one of his interview. Why? Because it’s much more reasonable to be like a businessman in expensive suit who doesn’t know how to play poker.

Yes, Sammy likes to look fashionable, wearing expensive watches, golden bracelets and chains – not only because of his good taste but also for creating image. Even before Sammy was recognized in any American casino, he was perceived as sheikh or Arabian businessman… who decided to gamble some money.

That session turned out to be a great success. Since then cigarettes have become a habit.

On the question how is Farha with money, he says: “My bankroll management is awful. I rarely leave table when I’m losing. I always want to win some back. And that is usually not a big problem. Thanks to my image.”

Really, who’s not going to pay to such an aggressive opponent?

And now to why Sammy doesn’t play online:

“Poker is my passion. If I’m going to lose, I want to lose in style”. What’s more stylish than big hall of the big casino, shiny chandeliers and a glass with favorite drink in pleasant company? It would have been wrong to change it for a laptop.

In recent years Sammy is not spoken of. Some say that he is bankrupt. The others tell that saw Farha in Vegas literally yesterday. He was playing baccarat or something like that.

Looks like Sammy stopped advertising himself. His style is very dependent on attention of society. Probably, he is now in some private club, playing with his cigarette and everyone thinks that he is some sheikh from Dubai.