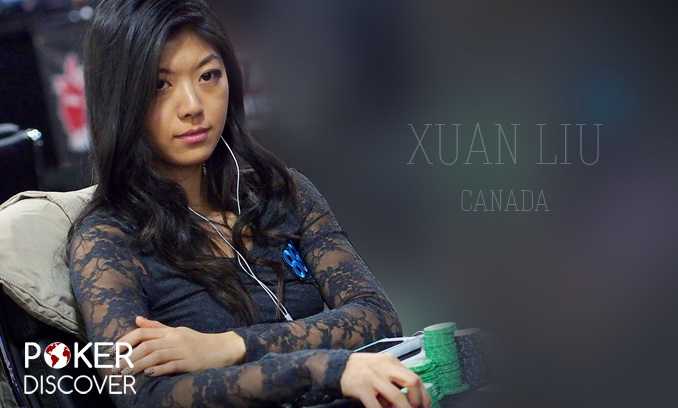 Xuan Liu, a young Canadian poker player, shocks with her beauty and results. It took her only 9 months to win $1.1 million and it’s no laughing matter! The finalist of EPT Sanremo and PCA is considered to be one of the most promising modern players.

Since then the Canadian hasn’t shown such prominent results, though poker would never be poker if there was no dispersion.

Liu finished the “poker school” in the University of Waterloo in Canada where many well-known professional players began their careers. And Liu followed in their footsteps. According to her words, she organised “home games” at the campus, helped her friends and acquaintances, took part in online Sit & Go tournaments – in general, she was always where the local poker events took place.

However, the young Liu spent also a lot of time on playing computer games:

“My usual day in college was something like this: an hour or two for playing Sit & Go and six hours for WoW raids, and then usually another six hours of Warcraft”.

Xuan says that poker resembles online games a lot, but playing poker you may earn money, lots of money. And that is what makes it much better.

Liu graduated with a degree in finance. She had the experience of working as a “blue collar”, when she practiced the swing trading (where tradable assets are held for more than a day). Then it was time to choose between the attractive world of poker and more or less stable job.

A woman is a phenomenon in poker. And such a pretty girl like Liu who often wins is one in a million.

Nevertheless the Canadian complains on being underestimated as a player:

“If a famous player loses the game they will say that “He’s woken up on the wrong side of the bed” or he has no luck today. But women mistakes are always been interpreted as the criteria of a general level of the game”. 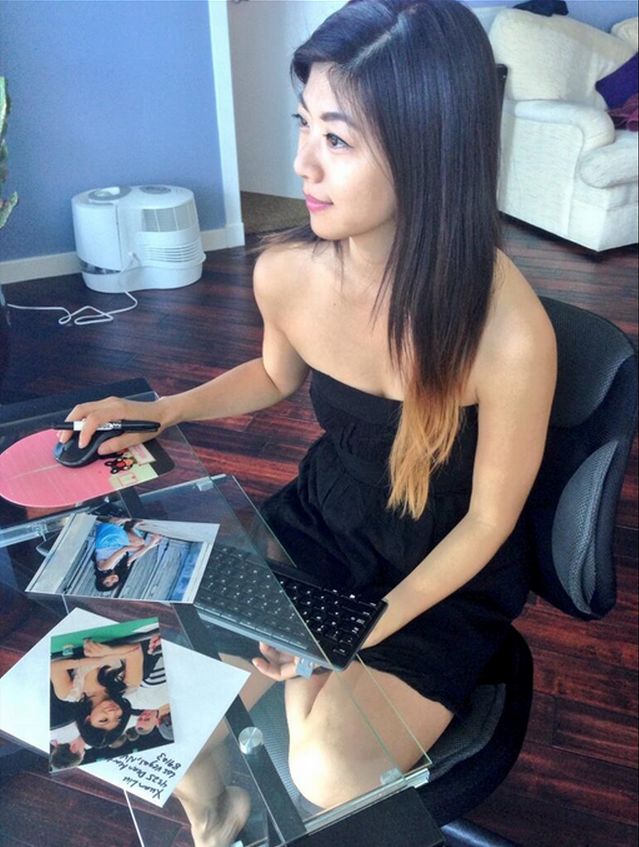 The strive to play as good as possible also puts some obligations on you: you are to work hard, otherwise you’ll have nothing. And Liu knows it firsthand.

Nowadays Xuan wears 888poker stripes, participates in different tournaments all over the world. She is in Melbourne now, the city where WSOP APAC 2014 is being held. The young Canadian likes such lifestyle, she is always fond of other countries and new acquaintances.

“There are only few reasons in the world that will force me to give up this lifestyle”, – states Liu.

And now the Canadian player keeps playing poker, and does not give up offline cash (her first “live” discipline) and, of course, online tournaments.

“If there are online expensive tournaments I play almost every day”, says Xuan. Liu considers that the possibility of organizing her own game sessions has a tremendous advantage. Anyhow a sponsored player has to visit some live events.

According to Liu poker doesn’t make the world better, it’s a “zero” game: someone loses, someone wins. Sometimes there are people, who are so happy thanks to poker that they share their happiness with others. But it is an uncommon example.

“I would like to help people and one day I’d like to devote my life to this goal”, – admits Xuan.

We are only to keep track of this young lady’s victories and enjoy her wonderful personality.