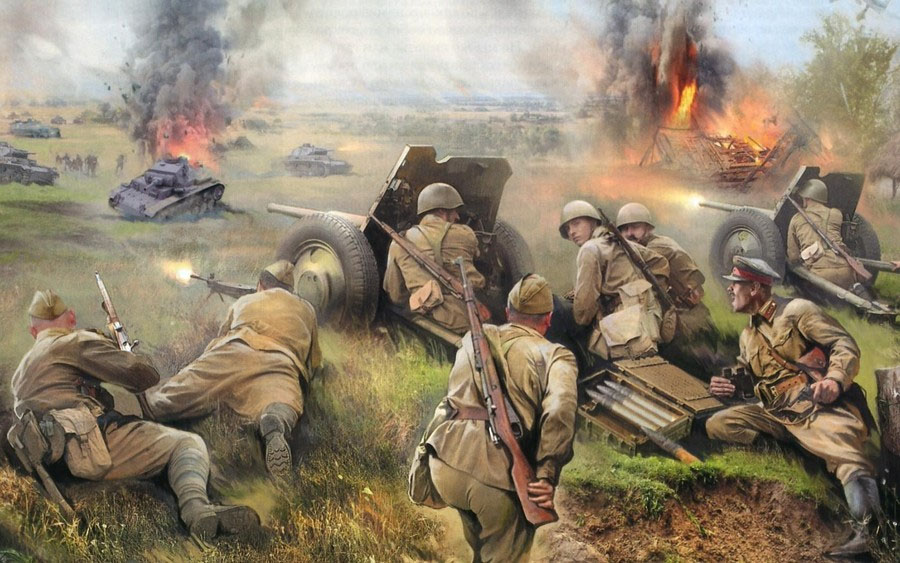 18 days, 70 tournaments and a bunch of new records – Prague Poker Festival again brings calm streets of Czech’s capital to live. Despite there is a huge number of interesting events, central place of the festival is most definitely taken by EPT.

As Russian proverb says, “We’ve all been there and drank honey and beer” – and it is true in the case. At least partly, because we surely have drunk beer – as it’s good and chip in Czech Republic. Even the creator of PokerDiscover, who have been into Top-10 of OFC World Championship Main Event, visited Prague. But we’ll talk about this sometimes later…

Our review is about European Poker Tour which was massively attacked by Russian “team”. Well, not only Russians played well, but Ukrainian players as well.

First of those who came in play in Prague and for the first time in history were the richest of the poker community. Well, not exactly. The first ones were participants of the main event Eureka4 in total number of 1,700 people, that is three hundred people more than in last year…

And that was the first sigh – sign of goods thing to happen. There were more and more new records changing all day long like currency exchange marks nowadays in Russia.

41 players took part in EPT €50,000 Super High Roller, total number of buy-ins is 48. Russian Ivan Soshnikov, the winner of last year’s High roller event, was the leader after the first day of tournament.

He made it to the final table with two compatriots - Vladimir Troyanovskiy and Leonid Markin. Mathematically Russians had 43% to win the event (3 out of 7). 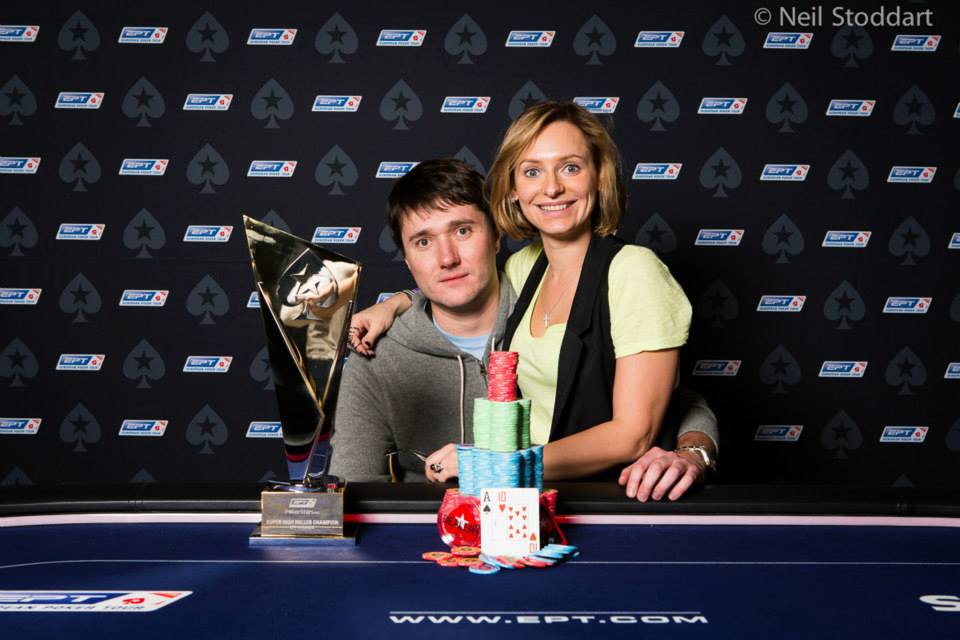 Main event began after that, but we’ll leave it for later.

The number of registrations to High Roller was above the bravest expectations: almost 300 buy-ins! That is 120 more than last year!

And the important thing is that out of 137 player made it to the second day, 25 were speaking Russian, i.e. almost 20% of the field. Besides the leaders after each day were Ukrainians – Igor Yaroshevsky and Oleksii Khoroshenin.

When the final table was almost there (there were 10 players left in the tournament), Ole Schemion – the German wunderkind and the best player of EPT 2013 was operating the biggest stack. But the biggest strength was generating just behind the back of this famous reg – Andrey “Kroko-dill” Zaichenko and Vyacheslav Goryachev.

The latter turned out to be only 5th, and Zaichenko won the biggest title in his career.

«Victoryyyyyyyyyyy!!!!!» – that is emotional reaction to this championship by him in Twitter. 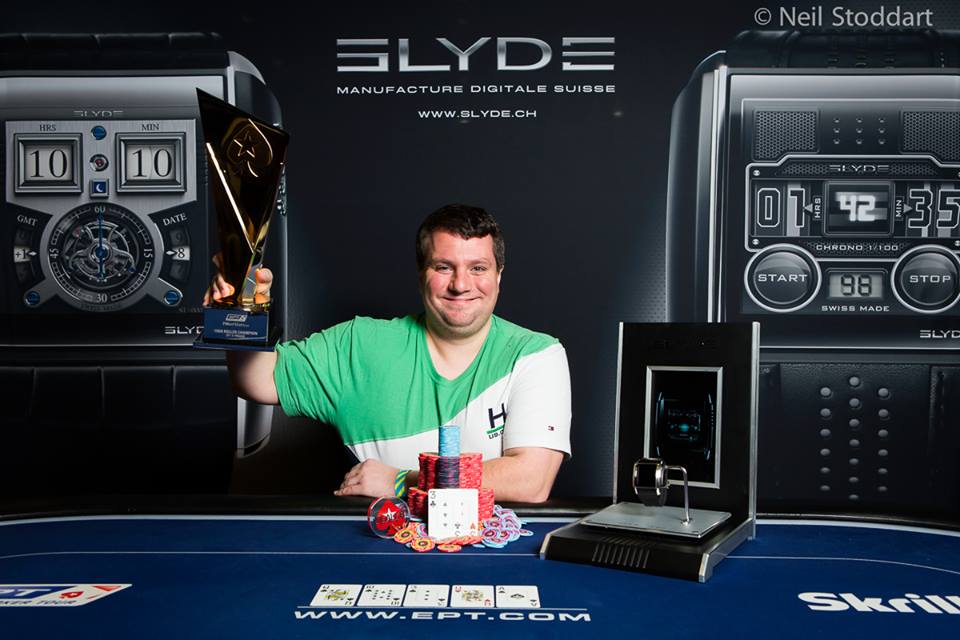 From the first try

And finally, the main event. Main event was also surprising 1,107 buy-ins! And 9% of the field (98 players) were Russians!

If it’s not impressive, representatives of Russian Federation took the lead after Days 1а and 1b, and after the third day Ukrainian guy was in chip lead.

It seemed that nobody and nothing could stop Russian speaking players from winning. But closer to the final CIS representatives were vanishing from the chip count, and Stephen Graner, American reg from Vegas, was building his massive chip lead.

The most interesting in that story is the fact that Graner was participating in EPT tournament for the first time (he only cashed in American tournaments) and... won. 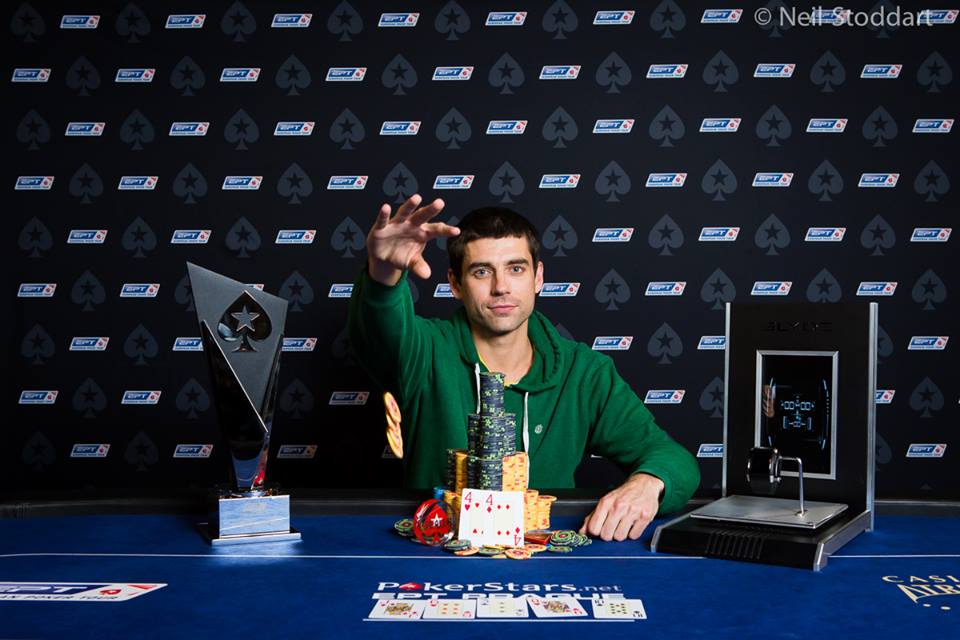 “I was planning and preparing for the tournament for several months,” – says Graner in his interview. This was noticeable. With the grace of power Stephen was annihilating his opponents, three of whom he knocked out of the tournament by himself.

At the beginning of heads up match stack of the American was 7 times bigger!..

This is pretty much all about this stage. Prague has flourished and became even more attractive. Next year it is going to be the center of poker universe once again. And may be all these records are nothing in comparison of what’s ahead.