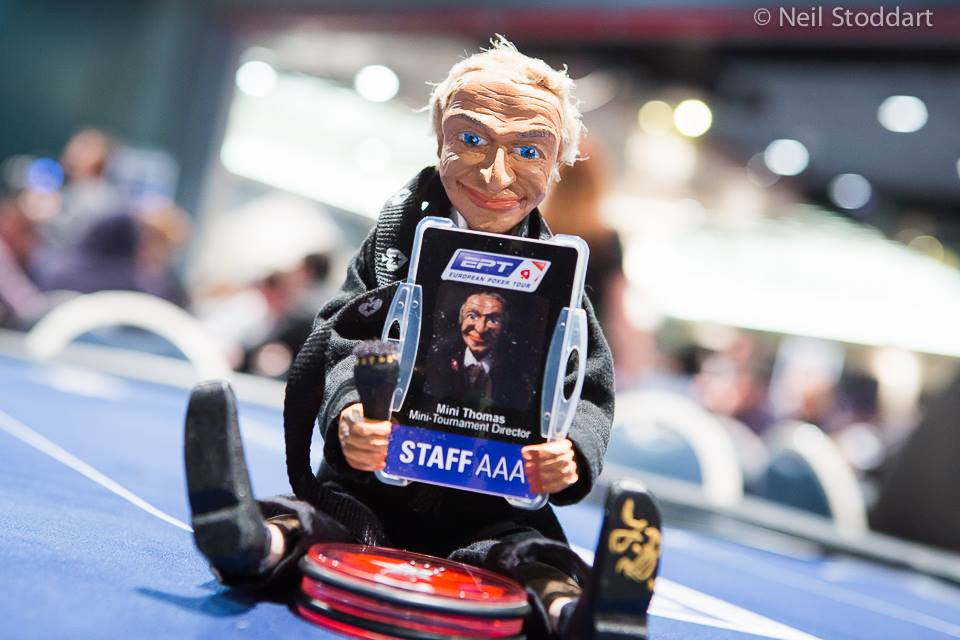 Only in Deauville one can see a 49-year-old French confectioner singing songs at the playing table and demonstrating moves from tae kwon do. Only there the tournaments are carried out with four blinds and the chip leader stacks don’t worth a penny.

Ah, Deauville! A recreation place for Parisian bohemia, elite, aristocracy. At this popular resort in the north of France an episode of EPT takes place two times a year. For many years already.

Well, it is, of course, not Bahamas, not Barcelona or London – Deauville has its own unique charms, which you won’t feel anywhere else. The poker business is not so bad either. A new record was established at High Roller: 128 buy-ins in comparison with 115 from last year.

A true surprise at Deauville event was a Frenchman Joseph Carlino’s performance (we can’t put it in other words).

The poker wasn’t so “faceless” before. It is after all a social game, where everybody knew each other or wanted to know. Similar to the old friends meeting over the glass of beer – splendid.

Apparently, a former confectioner Joseph Carlino was brought up according to these poker traditions. A 49-year-old Frenchman, resembling a famous actor Jean Reno, embodied the quintessence of humor, charisma, artistry, loquacity, eccentricity and other “cities”. 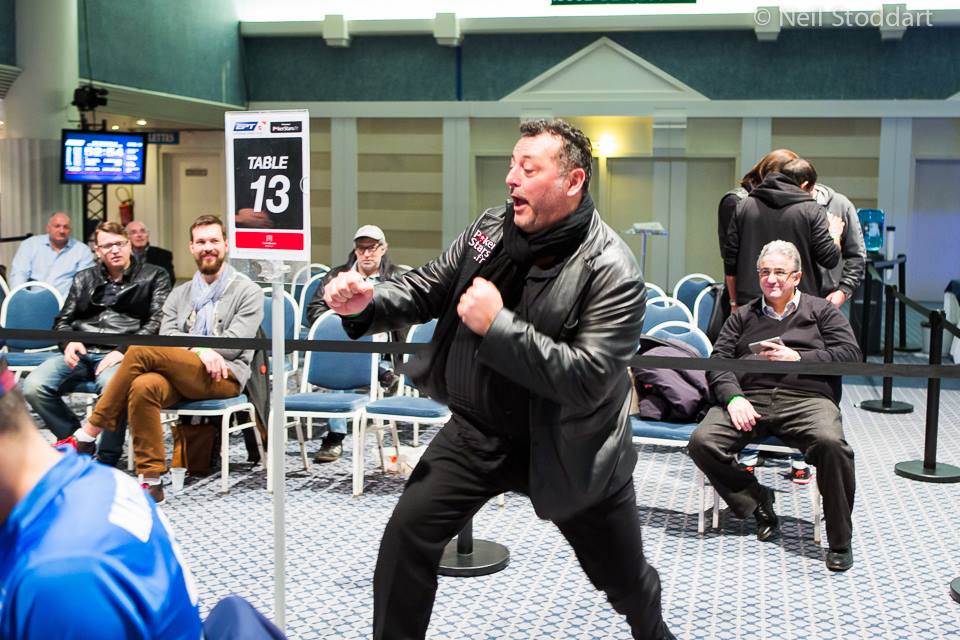 Entering Main event after live satellite, Carlino made it to 6-max final, where he was out first, unfortunately.

But how he made his entrance! Knowing, that all the cameras and all the eyes would be attracted to him, Carlino performed some incomprehensible moves (from taekwondo or some other sport), delivered a short speech, making all his opponents smile at least, – and only then he took his place.

“I am very happy to be here, what could I do? I have ace king! Good luck everybody,” Joseph Carlino said to players after his A-K didn’t manage to get better opposed to Lithuanian Andrius Bielskis’s J-J.

In general, the final showed a good promise to become Romanian Dany Parlafes’s benefit performance: he started playing with only 44% of all the chips. Besides Parlafes could have become the first Romanian titled as EPT champion.

But how it usually happens – it went different on practice. A Bulgarian Ognyan Dimov gained the second prestigious title for his country (following Dimitar Danchev’s way). It is the first Danchev’s great victory at live tournament. And it looks like not the last one. 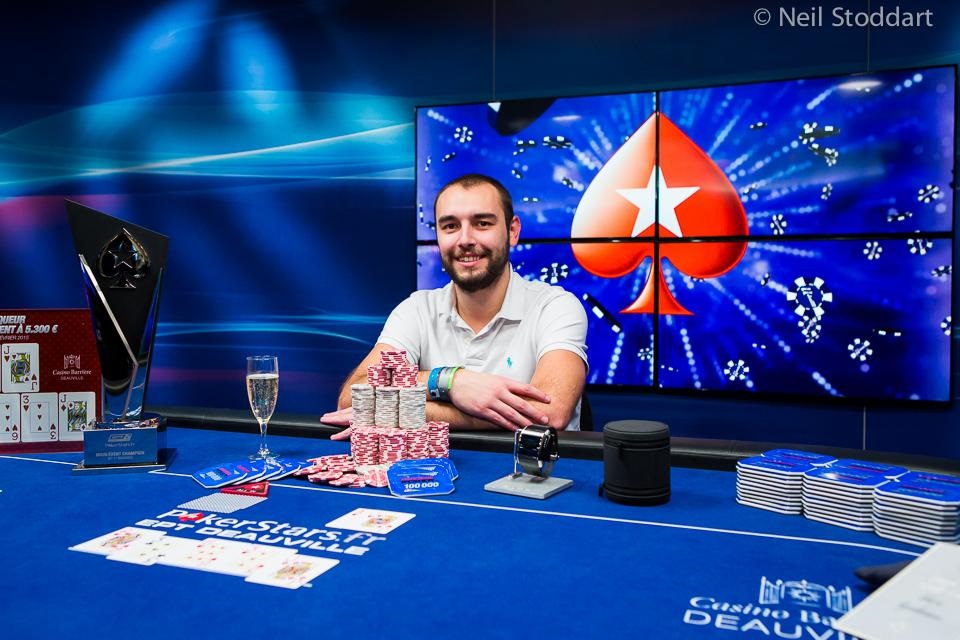 “I want to be the first Bulgarian to win two EPT titles,” Dimov said after the winning. “They [Danchev and Naydenov] might disagree.”

4 blinds – what else do you need to carry out?

In the end of the EPT Deauville High Roller pre-final day, which was closed by a dozen of players, a Russian Nikolay Komcharokov was in the lead with a stack of more than 1.1 million chips.

The other end of chip count, owing only 73,000 chips, was an Austrian Josip Simunic.

And here’s the question: who won the tournament? 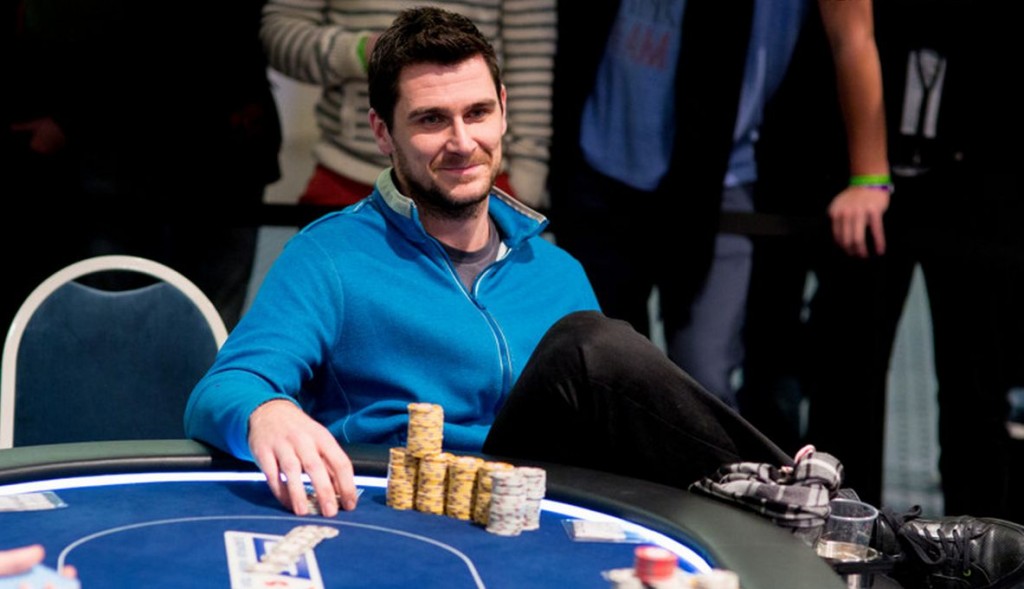 Starting the last playing day only with four (!) large blinds, Simunic took the first place! And he was able to make a progress not right away. After the two doublings and one tripling Josip kind of started raising, but as a result of unsuccessful bluffing he went back to what he had in the beginning – four large blinds.

Later he would win two comparisons (with K-K and 9-9) – that’s when the true climbing would begin.

One more title went to the little-known poker player’s hands. Earlier Simunic performed solely in his homeland, in Austria.